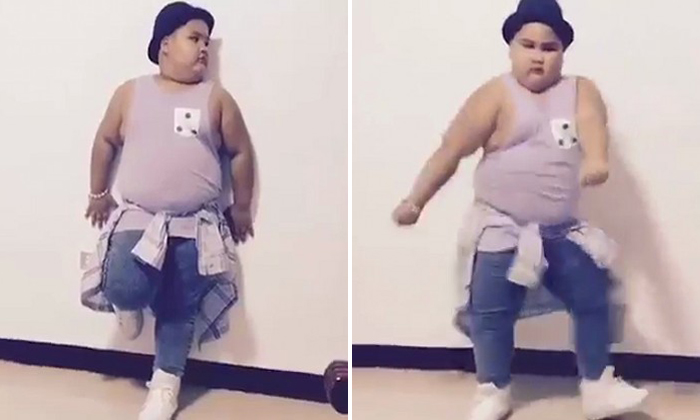 Admit it. We have all imagined ourselves to be great dancers at some point in life.

For some us, the dream becomes a reality. For others, it stays a dream.

Perhaps because of the difficulty and effort required for dancing, we always imagine that all dancers are very thin or very fit.

Thankfully, John Philip Bughaw, better know as Balang, from the Philippines has come along to smash that stereotype.

The eight-year-old has recently gone viral again for his catchy dance moves to singer Ed Sheeran's hit song, Shape Of You.

The video has garnered over 17 million views since being posted on his Facebook page.

Why do we say gone viral again?

He was even featured on the talk-show Ellen after the producers and host Ellen Degeneres saw a video of him dancing to the song Bang Bang.

John says he has been dancing since he was four, and picks up dance moves by emulating celebrities from their music videos.

Other than making viral videos, he has also become a certified honorary Zumba instructor.

Related Stories
Single dad Cristiano Ronaldo expecting twins through surrogate mum
Aileen Tan on being labelled a mistress while dating man 18 years her senior in 1988: "I wanted to quit Star Search"
Huang Biren's one unfulfilled dream despite being in showbiz for 30 years
dancing
viral
celebrity
entertainment