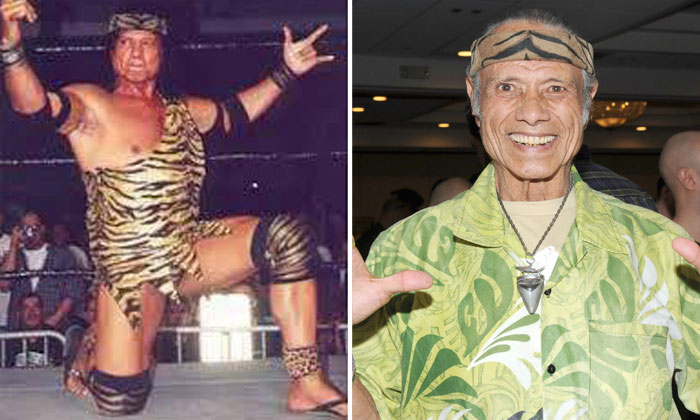 Wrestling legend Jimmy 'Superfly' Snuka has died at the age of 73.

The 73-year-old wrestling legend - who had been battling stomach cancer and was told last year that he had just months to live - has passed away in hospice care, his daughter WWE wrestler Tamina Snuka revealed on Twitter on Sunday (15.01.17).

Snuka's ill-health was revealed by his lawyer in December, to explain why the wrestler could not appear in court over third-degree murder and involuntary manslaughter charges relating to the death of his girlfriend Nancy Argentino in 1983.

The star - whose real name is James Wiley Smith Reiher - was named as a "person of interest" immediately after her death, but no charges were brought until over 30 years later.

He was charged in September 2015 but declared mentally incompetent to stand trial at a hearing in June 2016.

Snuka had a glittering wrestling career and is best known for his time in the WWF (now the WWE) in the 1980s.

His nickname 'Superfly' derived from the fact that he was one of the first superstars to bring a high-flying style to the ring.

His children, Jimmy Reiher, Jr. and Tamina are also wrestlers.

Wrestler-turned-actor Dwayne 'The Rock' Johnson was one of the first stars to pay tribute to Snuka following his death.

He wrote: "Our family @TaminaSnuka asked me to share the sad news that her dad Jimmy Snuka has just passed away. Alofa atu i le aiga atoa. #RIPSuperfly (sic)."

Jim Ross added: "Our condolences to the family and friends of Jimmy "Superfly" Snuka who died earlier today after losing his fight with stomach cancer. RIP (sic)."

A message on the WWE website said: "WWE is saddened to learn that WWE Hall of Famer Jimmy "Superfly" Snuka has passed away.

"Snuka is regarded by many as the pioneer of high-flying offense because of his Superfly Splash from the top turnbuckle. His dive off the top of the steel cage onto Don Muraco at Madison Square Garden as hundreds of flash bulbs went off will forever live as one of the most memorable moments in WWE history.

"WWE extends its condolences to Snuka's family, friends and fans."