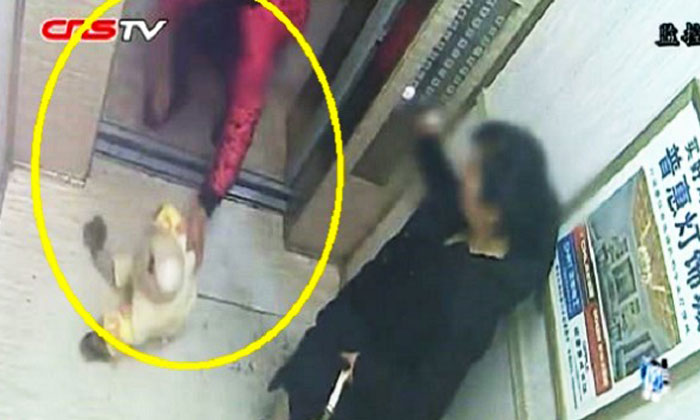 It’s not uncommon for married couple to bicker, but they should never drag their kids into the argument, especially when it doesn’t involve the kids.

However, one Chinese couple from Chongqing, China did just that; during a fight, the couple decided to dump their infant inside a freezing elevator -- during winter.

The incident was captured on a CCTV, and in the video, the baby was seen trying to crawl towards the heartless mother who  picked up the child, only to place him back in the elevator.

Throughout the entire event, several residents came into the elevator but no one took any action to aid the helpless baby.

The neighbours told reporters that they were shocked and unsure what to do, reports World of Buzz.

Thankfully, a good samaritan chanced upon the poor infant, took the baby out and brought him to the security office.

The mother of the child came back to claim the kid after.

The case is currently under investigation by the police.