Woman joined by army of cockroaches, rats and centipedes at Thai market -- but keeps on eating 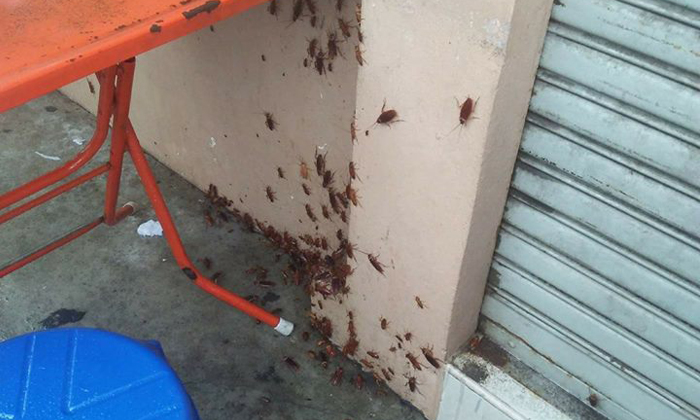 A woman received a horrific shock when numerous pests came out in full force to join her at lunch at a street food stall in Chonburi Province, Thailand on May 14.

According to Coconuts Bangkok, the incident occurred when Facebook user Kapong Pang was slurping noodles at Phanat Nikhom Market on a rainy afternoon.

The wet weather flooded a drain beneath the food stall, thus forcing cockroaches, rats and centipedes out into the open.

In a Facebook post which has since been deleted, Pang described what happened as the "most f*cked up dining experience" in her life and said that nevertheless, she continued to dig into her meal.

She wrote, "Sorry for using profanity. While I was eating my delicious noodles, an army of cockroaches, rats and centipedes crawled out of the drains.

"I was disgusted, but I was hungry. I kept on eating! Who cares! I ate while watching cockroaches on the wall. So freaking delicious!"

Netizens have expressed admiration for her bravery and living to tell the tale.

After photos of her dining companions went viral, Pang said that she felt bad for the street vendor's reputation and that they could not have prevented the incident.

She added that this was a one-time thing when the city suffered from heavy rainfall.