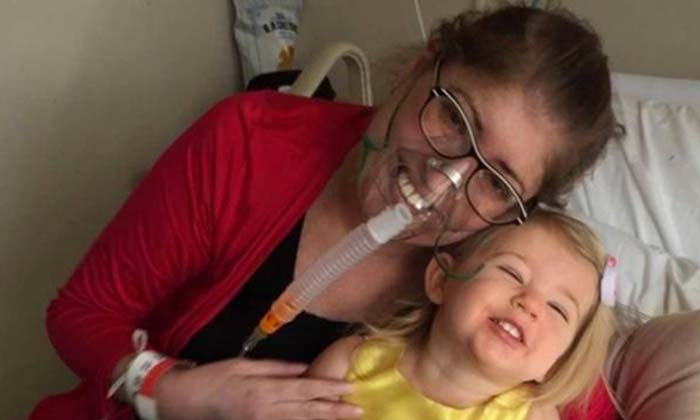 A Canadian woman may be the first person in the world to have lived without her lungs for six days as doctors fought to save her life from a deadly bacterial infection.

For years, Melissa Benoit suffered from cystic fibrosis - a genetic disorder that causes a thick, sticky mucus to build up in a person's respiratory, digestive, and reproductive system.

The 33-year-old was on the brink of death last April after developing a severe lung infection that did not respond well to antibiotics.

The infection also led to a life-threatening complication called sepsis where the infection takes over the bloodstream and triggers inflammatory responses in the body that cause organs to fail.

This was when her family made the choice to let her undergo a radical medical treatment at Toronto General Hospital.

Doctors at the hospital had proposed removing both her lungs - the source of her infection - to prevent her condition from worsening.

In a nine-hour procedure, a team of 13 surgical staff removed her lungs one at a time, CNN reported.

Dr Shaf Keshavjee, who operated on Benoit, said that her diseased lungs were "so engorged with mucous and pus that they were hard as footballs," which made them difficult to remove from her chest.

Post-surgery, she was induced into a coma, and hooked up to machines to help oxygenate and pump blood through her body, as well as to remove toxins.

When she learnt of the novel medical procedure that was used to save her life, Benoit, a nurse, told CBC Radio: "I'm not even sure to this day I fully realise what happened. It just seems so science fiction. But, it worked and it gave me the second chance that I so desperately needed."

She has recovered well after receiving donor lungs and doctors say her prognosis is good.

Benoit's treatment is documented in the surgical team's report which was published in the Journal of Thoracic and Cardiovascular Surgery on Wednesday (Jan 25).