Will you do this for your friend? Malaysian wedding game requires groomsmen to swallow live worms 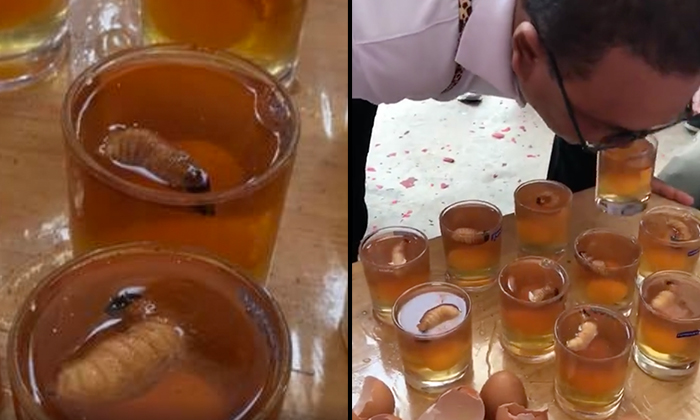 Chinese weddings sometime employ wedding games to test the groom-to-be and his band of groomsmen.

Known as heng dat games, it’s a tradition where grooms-men are required to help their buddy, the groom complete several task set by the bridesmaids to enable passage to the bride.

However, a Facebook user, Quella from Sarawak, Malaysia, recently shared an account of what went down in the games at a wedding she attended; or more specifically what went down the throats of the groomsmen.

Apparently, the bridesmaids had requested that the groomsmen each gulp down a cup of raw egg — topped with a generous serving of live, squirming worm, reports World of Buzz.

The bizarre and disgusting antic was met with criticism from netizens.

Some even condemned the bridesmaids and suggest that they try eating the worms themselves.

Ironically, the groom has defined the action of the bridesmaids, stating that the worms were Sago worms, a well known delicacy around Asia.

He even stated that the worms were full of nutrition and perfectly edible.