What a hero! David Beckham helps elderly woman who fell and hit her head 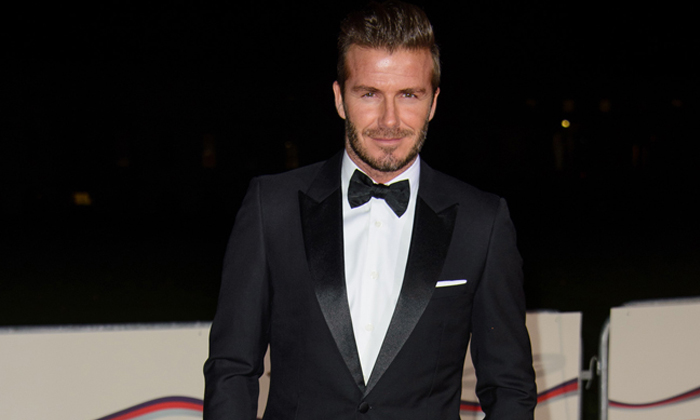 David Beckham came to the aid of an elderly woman in London on Friday (Jan 20).

The 41-year-old retired soccer star was driving through Kensington in the English capital when he came across the woman who had fallen over and he stopped to offer his assistance.

A spokesman for the London Fire Brigade said: "At around 16.45 a fire engine was flagged down to an elderly woman who had tripped when crossing the road and fell and hit her head.

"David Beckham was parked nearby and had already given her a bottle of water. He assisted and when the ambulance arrived was thanked and told he could move on."

Another woman, who also stopped to help the injured person, tweeted: "Was helping an old lady who fell over on my lunch break and guess who drives up to help? David Beckham. That's who. What a gentleman (sic)."

Meanwhile, David and his wife Victoria do a lot of work for various charities and David previously revealed how proud he was that their son Cruz, 11, released his debut single 'If Every Day Was Christmas', in December, for charity.

He said: "For us, we always want in our children, we always hope they're listening to us or pay attention to us as parents, so we do a lot of work for charity for obviously Unicef and my wife does for the UN. And Cruz came to us and said 'How about I do a Christmas song for charity? And all the proceeds go to charity.' There's nothing more to this than that at the moment.

"He's 11-years-old, he's still at school, he's concentrating at school. That's the most important thing. But he wanted to give back and he's done this amazing little Christmas song that's got a lot of attention. And you know we are very proud of it. He came to us with the idea. It's kind of cool but he's having fun."