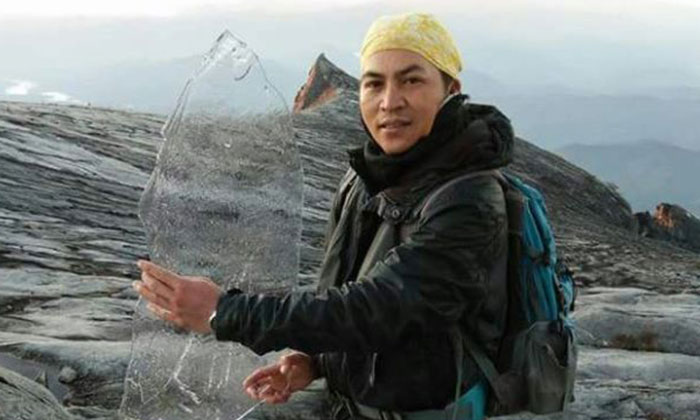 A thin layer of ice had formed on the surface of the renowned ‘Wishing Pool’ near the mountain summit as high pressure cold winds from Siberia arrived in Southeast Asia, reports The Star Online.

“It has been colder than usual but thankfully the weather has not affected climbing activities on the mountain.”

The incidence of water freezing into ice is a phenomenon considering that we are in the middle of Southeast Asia where it is always warm and humid.

“The rangers, guides and porters are used to the colder temperatures.”

Sabah Meteorological Services Department director Azemi Daud confirmed that the temperature was abnormally cold between 5am and 7am on Wednesday (Feb 7).