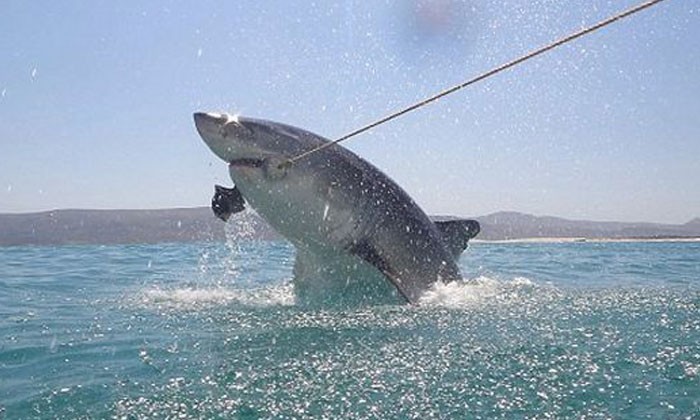 If you do not have a fear of the ocean, this story might just give you one.

According to Media Drum World, tourists in South Africa had the fright of their lives after seeing a 4-metre long Great White Shark leap out of the water beside a boat they were on to get its jaws on a bait.

The incredible sight was captured on camera by 23-year-old British tourist Joseph Butler.

A photo taken by him shows half the body of the huge fish out of the water. It was biting on a decoy seal.

“In his (the shark) jaws is the lure the crew use to bring them towards the boat, which is intended to be reeled out of the way before this exact scenario occurs.

“Contrary to what a lot of people think when they look at this, the animal is not hooked or captured in any way. He has just managed to clasp the other end of the rope between his teeth."

In another photo, the shark can be seen out of the surface of the water with its open mouth facing the sky, resembling the iconic poster from 'Jaw's'.

See the incredible photos that were taken in the gallery above.