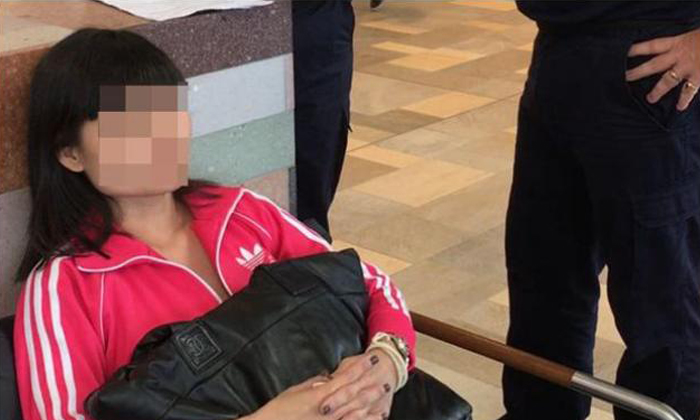 A female tour guide was confronted and consequently outed by 24 members of her tour group for scamming them, just before the group’s return flight to Singapore at an Australian airport.

She had sneakily been adding charges to various activities in the itinerary and pocketing the extra money; adding an extra $8 for a photo opportunity with a Koala bear, an extra $10 to view the fireflies, an extra $40 for riding the hot air balloon, and even soliciting $69 for an otherwise free helicopter ride, reports Lianhe Wanbao.

The affected group consists of five families who had join a packaged tour to Gold Coast, Australia for a seven days/six nights trip, where each of the participant had paid around $1.7k each.

Affected parties told reporters that upon reaching the Australian airport, the tour guide told them that photo opportunities with the koala bears were limited to around 30 people a day, with two people sharing a photo each time.

She then urged the tour group to fork out $30 each for the photos.

The tour group bought her lie and quickly forked out the money, only finding out later that the photos weren’t limited and each photo only costed $22 each.

“She did not even offer us a logical explanation then, merely telling us that we were already paying the cheapest rates.

“She even tried collecting $69 dollars each for our helicopter ride which was included as part of the itinerary we had already paid for, until someone brought up the contract and showed her.”

11 members of the group who had also signed up for a firefly watching program, also had to pay $100 each, although the stated charges in the itinerary beforehand was $90.

“At that time, we didn’t want to be a wet blanket, so we simply just paid up.”

However, what infuriated her was that she and her entire family had to fork out an extra $40 for her hot air balloon ride, while other members of the group merely had to pay $250.

The tour group also claimed that the tour guide was unprofessional, dishonest and had a bad attitude, even lying to some members that the others had tipped her $48  each to cause embarrassment to the remaining members and solicit more money from them.

However, they could not bear the terrible treatment and hence decided to confront her at the airport.

Finally under the pressure from the entire group, the tour guide admitted to her deeds.

She was also forced to return the money, but kept the tips given.

During the confrontation, the Australian Police force was alerted to the incident, and intervened to help in the mitigation of the case.

Related Stories
Woman buys 'authentic' Adidas shoes from online seller -- which turn out to be fake
What is this? Surely $4.20 herbal chicken soup doesn't look like that
iPhone 7 'seller' scams a dozen of more than $10,000 on Carousell
scam
tour group
tour guide
dishonest
tour guide cheats money from tour group