Thai woman shows how to flaunt wealth online without being annoying 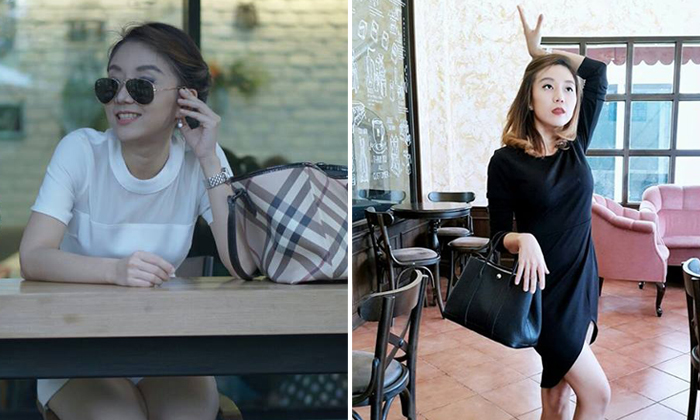 Nobody likes a show-off who excessively flaunts his or her wealth online, whether it is due to sour grapes or not.

Chinelo Novo is one of those who has had enough of such people, and decided to post a tutorial on Thai forum Pantip.com showing how to 'haolian' in good taste.

- Don’t position the object you want to brag about in the middle of your photo. Try putting it towards the corner.

- Don’t put a logo in your friends’ faces.

- Be down-to-earth. Don’t care about your wealth. Be joyful, funny and quirky.

- Items with a signature style are easier to inoffensively brag about.

And before you accuse Novo of being a show-off herself, all the luxury items in her photos are actually borrowed from her colleagues.

Her pearl necklace costs only 250 baht (around S$10) while the flashy Mustang was from a display at Mega Bangna.

Novo told Coconuts Bangkok that her inspiration comes from her circle of friends, who are tired of people’s bragging Facebook posts.

"Bragging about being rich is not wrong. Really, anyone who gets their hands on a brand name item would want to show it off, right? So I want to write about how to brag in a creative way," she said.

Related Stories
Introducing the rich kids of Singapore -- who will leave you green with envy
The rich and glam: 5 of the most influential socialites in Singapore
Malaysia's 'youngest datuk' spends RM888k on limited edition Hennessy and says, 'It’s all right as long as it’s delicious'
rich
luxury
Chinelo Novo
instagram
funny
creative