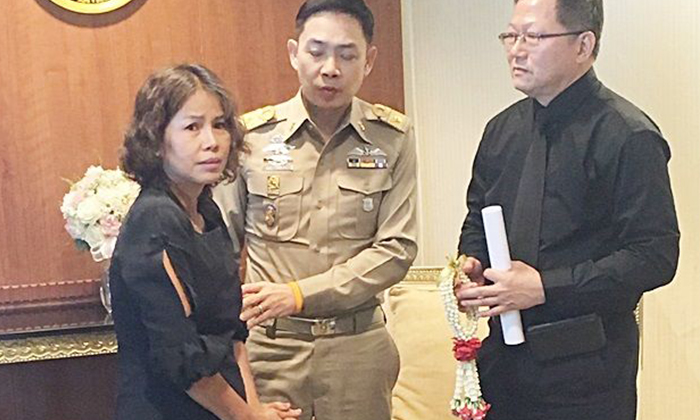 A 54-year-old Thai teacher, Jomsap Saenmuangkot was wrongfully incarcerated for one and a half years for a hit-and-run accident in 2005 that claimed a life due a blooper by the police - they had remembered the wrong licence plate number.

On Monday (Jan 9), the Legal Aid Center for Debtors and Victims of Injustice revealed to the press news details that had surfaced in the case.

In March 2005, Jomsap Saenmuangkot who was  with her family in Sakon Nakhon, became a scapegoat for a fatal accident that happened earlier, when a police officer mixed up her license number with that of the perpetrator.

Even though she insisted that she was not even in the province where the crime occurred, she was charged with causing of death by reckless driving , and in 2013, she was sentenced to three years and two months in prison.

She was freed under a royal pardon in 2015 and has since been working with the center to gather evidence in order to nab the true perpetrator.

Her hard work finally bore fruit when the police found the real hit-and-runner who confessed to the crime in court, thus proving that Jomsap Saenmuangkot was indeed innocent.

A new trial is scheduled next Monday (Jan 16) to finalise the verdict on Jomsap Saenmuangkot’s innocence, reports Coconut Bangkok.

Secretary to the Legal Aid Centre, Nitwit Phurikup said that Jomsap Saenmuangkot can request for compensation after the court rules her innocent and he suggested that others who find themselves in a similar plight should fight their cases and affirm their innocence.

Despite the good news, the incident itself has already caused harm to Jomsap Saenmuangkot and her family.

Without her, the main breadwinner of the house to provide for her family, her son had to give up his chance to pursue higher education, and even after being released from prison, Jomsap Saenmuangkot cannot resume her job as she needs to await the court’s official exoneration.