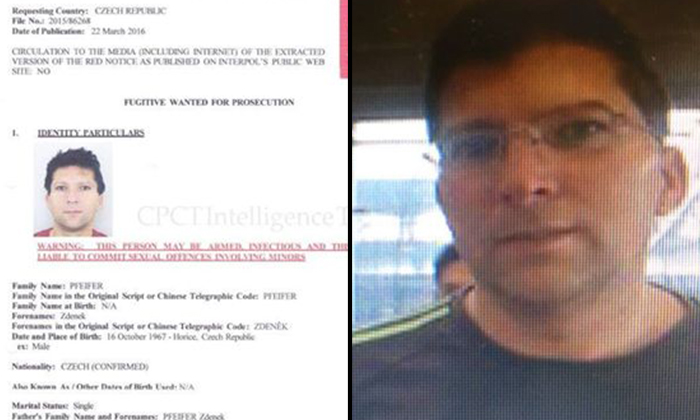 The Thai police are currently searching for a 49-year-old Czech man, Zdenek Pfeiffer who is wanted back in Czech Republic, for knowingly spreading HIV to 17 people, including an underage boy since 2013.

He is suspected to be hiding in Thailand now and is spreading the disease to Thai citizens.

Interpol has requested that the Thai police arrest the suspect on sight, reports Coconuts Bangkok.

Pfeiffer allegedly has a habit of having unprotected intercourse and has been deliberately spreading the malady since he was diagnosed to be HIV-positive.

The suspect entered Thailand in 2014, after fleeing from Czech Republic, and has reportedly flown to several tourist destination around the country.

The Thai police believe that he is still hiding in Thailand, given that there are no records of him leaving Thailand.

“Pfeiffer has a habit of spreading HIV to Thai women.”

So far, police in eight northern provinces have been instructed to track the suspect down.