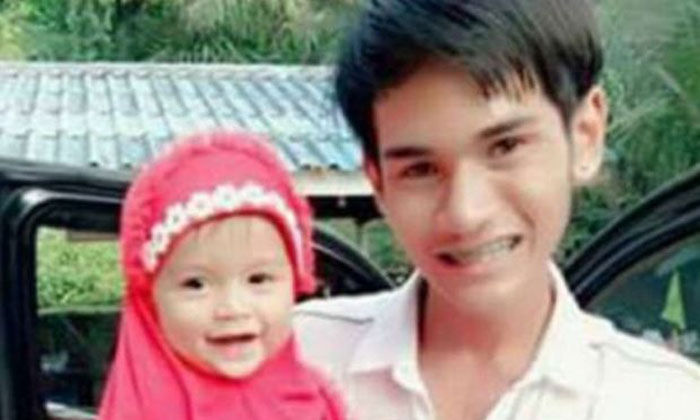 A 20-year-old man from Phuket, Thailand shocked the Internet after posting a Facebook Live video showing him hanging his 11-month-old daughter before taking his own life.

The disturbing video went live on Monday evening (Apr 24) but was only taken down the next day at around 5pm.

It was reported that the man's suicide was not included in the broadcast.

The man, Wuttisan Wongtalay and his daughter were found in an abandoned hotel in Phuket, reports Shanghaiist.

"He felt neglected by his wife because they had been fighting so he took his 11-month-old daughter to the site of the crime which is the abandoned hotel."

According to The Star, his wife said they quarrelled because he thought she was having a relationship with another man.

The clip, which was four minutes long, shocked the public and left the family devastated.

In the clip, Wuttisan was seen sitting with his daughter on the rooftop of the abandoned hotel.

He then looped plastic ties together and placed it around his baby's neck.

He then dropped her from the edge of the building holding on to the plastic ties.

She was heard crying briefly before her father pulled her up and untied the knot.

Netizens were outraged that the videos took close to 24 hours to be taken down which prompted questions about how Facebook's reporting system works and how such content can be taken down faster.

The video was also on YouTube but was taken down within 15 minutes after Google was informed of it by the BBC.