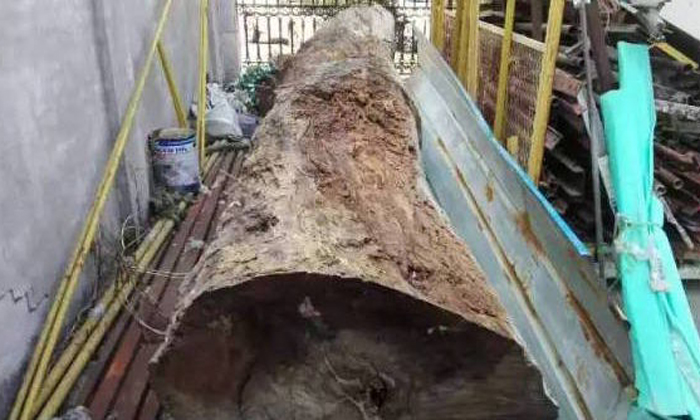 In what is being touted as a strong contender for the scam of the century, a man in China has re-sold a tree trunk for 42,000 times its actual value.

He claimed that the trunk was from the rare and Phoebe zhennan, a large species of tree which grows in the Guizhou, Hubei and Sichuan provinces.

Its wood used to be so valuable that only the emperors of China could afford to use it, and whole logs were used in the construction of the Forbidden City.

Ming Dynasty emperors reportedly had their thrones and bedroom furniture made out of this wood.

It is currently under national protection, and can cost up to 8,000 times more than a normal tree.

Lin apparently produced a fake certificate of authenticity for the trunk, which managed to fool the hapless buyer.

However, the buyer later took the "Phoebe zhennan" to an expert who informed him that he had in fact just bought himself a tree that costs far less.

Lin was conveniently missing when the buyer tried to look for him.

He could not escape forever, however, and was eventually caught by the police.