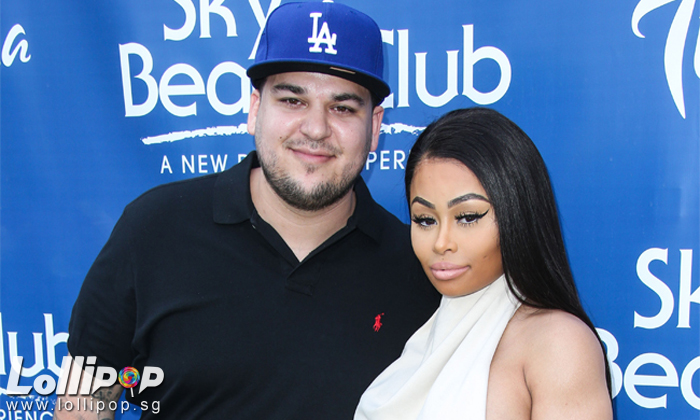 The couple were seen looking more in love than ever as Chyna hosted the Sapphire SINS party in New York City and the group's night out was caught on camera in scenes set to air on the pair's reality show 'Rob & Chyna'.

A crew of 15 people showed up at the event with Rob and Chyna, who headed straight for the VIP area and "immediately started taking shots".

A source said: "Rob was hanging out in the corner with a few guys and Chyna was taking selfies with her girls ...

And at one point, the 28-year-old model was even pulled on stage by the dancers.

An insider shared: "[The dancers] started giving her a rubdown, massaging her back and finger by finger. Everyone was laughing and watching and Rob was gazing on adoringly."

However, some guests were said to be annoyed that the group - who left the club in the early hours of the morning - didn't really mingle with the other attendees.

A source told the New York Post's Page Six column: "She didn't even say anything to the crowd. She just showed up, took pictures, partied for an hour, and left."

Meanwhile, Rob and Chyna have had a tough few months recently but things seem to be heading in the right direction after the pair came together to attend Dream's two month doctors appointment.

Captioning a picture from the day, Rob wrote: "Dreamy Dream bean got her first shot today and she is 2 months old ! Woohoooooo.

"I wanted a boy so bad and now that I got my girl I am so Thankful and Happy for her and wouldn't want it any other way!