Revealed: Jackie Chan's close confidante whom he has 'complete trust' in 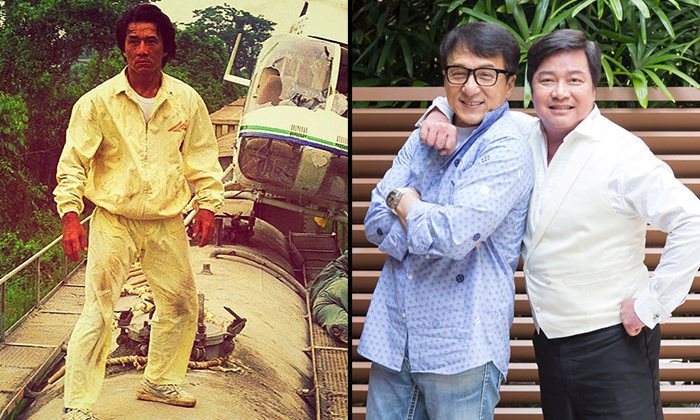 In 1992, Tong helmed his first movie, Police Story 3: Super Cop with Jackie, where Jackie was dangled from a rope off a helicopter, above the cityscape of Kuala Lumpur.

It was a start of a beautiful partnership that spanned 25 years and six movies reports The Straits Times.

During their collaborations, Jackie had leapt off a building, jumped into a speeding hovercraft and swum with sharks, among many other dangerous acts.

The pair reunites in their latest collaboration, action-comedy Kung Fu Yoga, in which Jackie takes part in a thrilling car chase while sharing his vehicle with a less conventional partner -- a lion.

The now 56-year-old director is one of a small group of film-makers that 62-year-old Jackie Chan has complete faith in.

In an interview, Chan said:

“I'm completely reassured when he's in charge, so I'll leave everything to him, from the script to the locations, and I need not look over the details."

The pair are honest with each other to a fault, and Tong even told Jackie once that he needed to shed some pounds for a role in a movie, to which the super star retorted that Tong himself didn’t look too skinny.

“Da ge (Brother), It doesn’t matter for me since I’m behind the camera.”