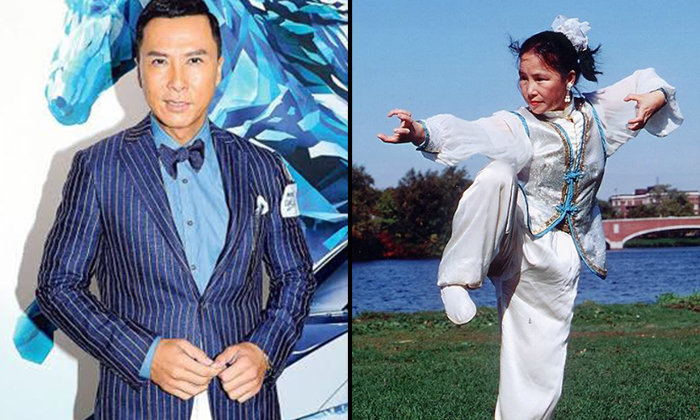 Acclaimed Chinese action star Donnie Yen rose to fame due to his amazing kung fu skills, but did you know that Donnie actually learnt it from his very own mother?

The amazing lady started her martial arts studies since elementary school, and continued practising after enrolling into a Wushu training institute upon completing high school.

From there, Bow-sim started teaching Wushu in Hong Kong for several years until she migrated to Brighton, Massachusetts in United States in 1975, where she started the Chinese Wushu Research Institute in 1976 and was one of the pioneers who brought ‘Wushu’ to a global audience.

Black Belt Magazine awarded Bow-sim the Kung-Fu Artist of the year in 1995 and even credited her as the most influential martial artist of the 20th century.

However, perhaps her most amazing accomplishment though, is raising Donnie to be such a amazing person.

Guess what they say is true -- Behind every successful man is an amazing woman.