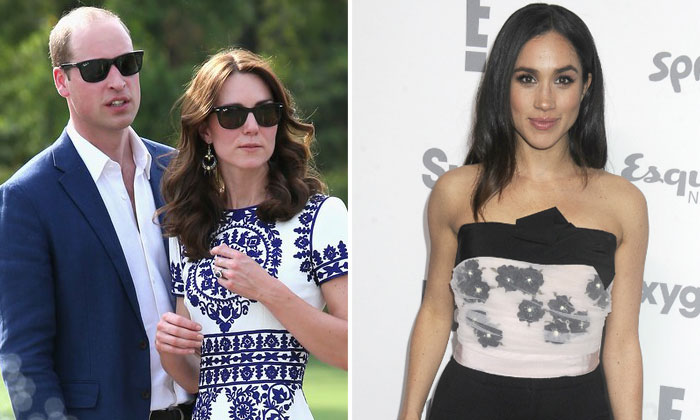 The 32-year-old royal and the 'Suits' actress have been dating for a number of months and things are so serious that Harry brought Meghan to meet his sister-in-law Catherine and his niece Princess Charlotte at Kensington Palace.

A source told The Sun on Sunday: "Kate was really looking forward to meeting Meghan and she knew how important it was to Harry.

"They are very close and he really values her opinion on girlfriends.

"It went really well and Meghan was very excited about meeting her."

Meghan already met Harry's brother Prince William, who is married to Duchess Catherine, a few months ago in London but Catherine was at their Norfolk home, Anmer Hall, at the time.

However, following her birthday earlier this week, Catherine, 35, travelled to London and was introduced to Meghan.

The insider explained: "Harry and Meghan went over to Kate's apartment in Kensington Palace.

"William was also there and she got to play with Charlotte who she just adored.

"Meg had bought Kate a small birthday present - a very smart leather-bound 'dream diary' for her thoughts and ideas which Kate loved.

"This just shows how serious Harry is.

"He wants to take their relationship to the next level."

Harry and Meghan, 35, have just returned from Norway, where they enjoyed their first holiday together.