Poison-tipped pen, poison guns and pills: How North Korean assassins get their targets 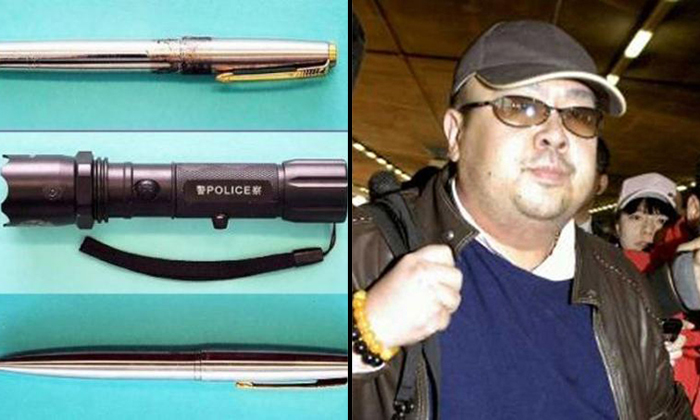 A toxic spray is thought to have been used in the murder of Kim Jong-nam, the older half-brother of the North Korean dictator Kim Jong-un.

While the communist regime is often seen using poison to kill its "nuisances" abroad, it would be the first time that a spray has been used, if Kim's autopsy confirms it.

Kim, 46, is reported to have fallen after two unidentified women sprayed his face with a liquid-like substance as he waited for his flight to Macau in an airport in Kuala Lumpur, Malaysia.

Kim, who was once North Korea's crown prince, has been under such a threat for at least five years, South Korean officials said.

In 2011, there was an attempt to kill rights activist Park Sang-hak, who headed a conservative civic organisation that sent anti-communist leaflets to the North.

A spy, who is only identified by his surname Ahn, was found to have received orders to kill Park from a spy in Mongolia.

He was arrested with two poison guns, a poison pen with a toxic tip and the poisonous pills which could kill a victim in 3 seconds after ingested.

The toxic pen contained neostigmine bromide in its tip, which can kill a victim with only as little as 10mg.

Ahn was caught by the nation's National Intelligence Service officials on September 3 after he called out to Park on a subway station near Gangnam, Seoul, in an attempt to kill him with a poison pen.

A South Korean pastor who helped North Korean defectors in Dandong, China was murdered in a toxic pen attack by a North Korean agent who has not been caught or identified.

Patrick Kim gave out bibles and booklets that aroused anti-sentiments towards the North's late former leader Kim Jong-il and received warnings from the regime while he was alive.

The North's methods of killing changed when they targeted Korean leaders or random civilians.

A terrorist explosion occurred when former President Chun Doo-hwan visited the tomb of the late Myanmar's leader Aung San in 1983, which left 17 dead and 14 seriously injured.

It was later found that three North Korean special forces officers implemented two explosives on top of the grave's roof.

In November 1987, a year before the 1988 Olympics took place in Seoul, two North Korean spies also planted bombs on a Korean Airline plane to interfere with Seoul's preparation for the event.

All 115 passengers on board died in the explosion.