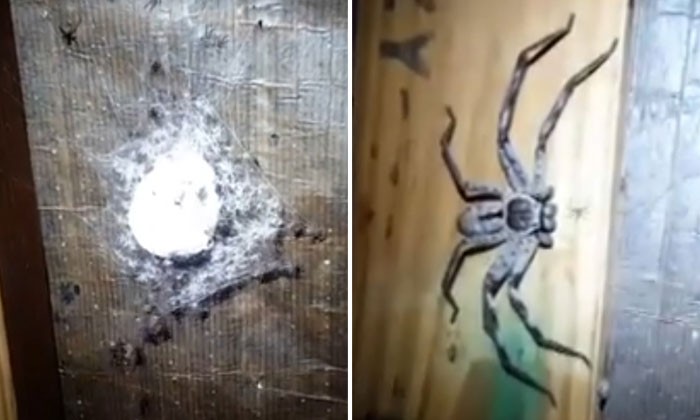 Some would be freak out if they found a spider lurking around their house.

To those who fall under that category, you should be thankful that you do not live in one house in Australia.

A pest control company was recently contacted by some tenants to do a termite inspection.

Upon arrival however, they found something that was much more disturbing.

The company, Auswise Pest Control, took to Facebook to show what they discovered at their client's premises.

In the video, many spiders can be seen scurrying around a huge web that was weaved on the roof of the house.

As if that was not scary enough, a huge spider several times bigger than the rest was caught on camera towards the end of the video.

For the sake of the family, we hope the 'spider invasion' has been dealt with successfully.