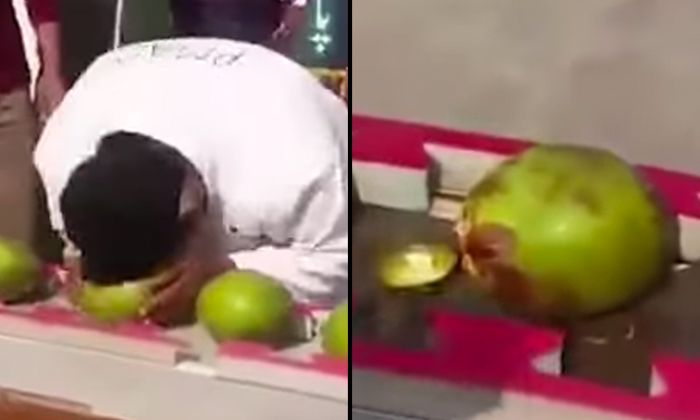 Representatives from the Guinness World Record were at the scene to officially ordain the new record holder, reports The Coverage.

Naseem revealed that he had trained tirelessly for half a year before attempting the record, and splitting headaches were common when he first started his regime, although they went away after he got accustomed to the impact.

“I hope to aim to hit 50 world records to make my country proud.”

Watch a video of Naseem below, and please do not try this at home.