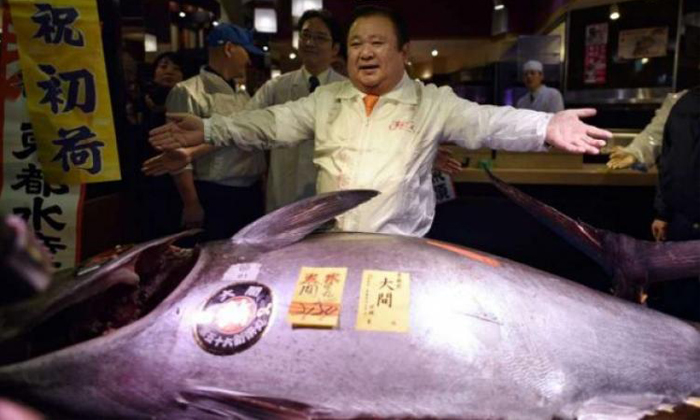 What is the most you have ever paid for a fish?

For the sixth year in a row, Mr Kimura, who owns the Sushizanmai sushi restaurant chain, was the highest bidder at the Tokyo Tsukiji fish market’s New Year auction.

The tuna, which weighs in at a whopping 212kg, will be cut and distributed among his restaurants.

"I feel it was a bit expensive, but I am happy that I was able to successfully win at auction a tuna of good shape and size," he said, according to an AFP report via The Straits Times.