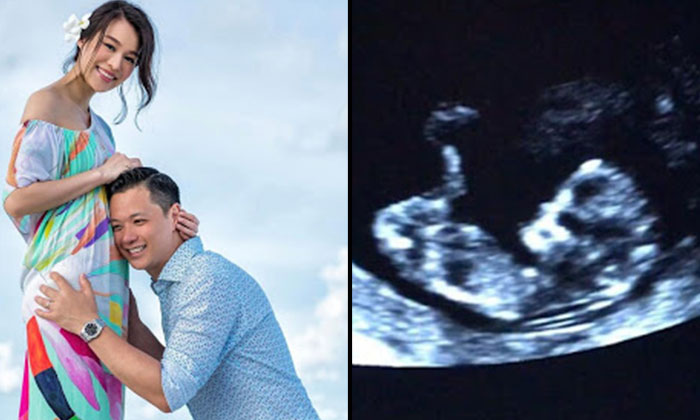 Fans of Myolie Wu rejoiced last Saturday (May 13) after the star announced that she was expecting.

“Thank you for your concern.

“It was terrible during the initial pregnancy and I often felt cold, but I did not vomit.

“I lost my appetite for my favourite foods and some weight in the beginning, but I feel better now.”

Myolie explained that she decided to announce her pregnancy as her husband, Philip was worried about a lack of time, reports Asian E-news Portal.

“It is the right time now, and thank you for the blessings.”

When asked about the delivery date and the gender of the baby, she replied:

“Let’s talk about this at a later time and we will consult the doctor.

“Everyone will know my estimated date of delivery by that time.

“Thank you for the concern.”