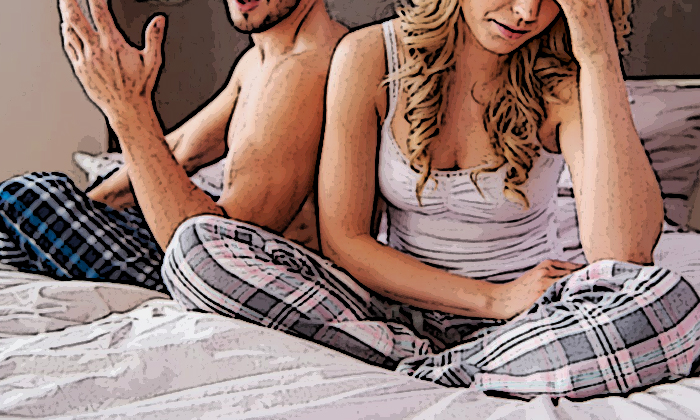 I have been dating this guy for nearly nine years. I am now 29 years old. Coming from a conservative family, my parents are constantly pushing me to get married.

I am ready for marriage but my boyfriend keeps saying that he can’t decide on marriage. In fact, he tells me that it is his parents who will be deciding who he should get married to!

My parents tried to talk to his parents about holding a wedding and they said they would get back to us when they have decided. Many months have lapsed and we have not heard from them.

My boyfriend tells me that his family comes first, which I understand. But what I do not understand is why he is not fighting for our future together. I do not know how long I am supposed to wait.

Family members and friends know about my situation, and they often ask me when I am getting married. My parents and I can’t take the pressure anymore. But his family seems oblivious to our predicament.

I have also caught him flirting with other women on social media. Whenever I question him about this, he will tell me that he is free to do what he wants, and I am free to leave him if I wish.

He treats me badly and calls me names. What should I do? Should I leave him and end this nine-year relationship or bear with it until he marries me?

While it is disconcerting that he cannot be clear with you about his plans for marriage, what is of greater concern is the way your boyfriend is treating you. This can be classified as abusive.

He calls you names and treats you badly. This is a blatant sign of disrespect. While calling you some names may not seem like abuse, it is done intentionally to cause hurt. This can be considered emotional and psychological abuse.

Treating you badly would also fall in the same category. If he beats you or hits you, that is physical abuse.

He openly flirts with other women and justifies it as his right. What gives him this right? Does he not understand that being in a relationship – one that is serious enough to consider marriage – comes with responsibilities? This responsibility involves being true to you.

If he can flirt with women and not take responsibility for his actions, and push it to you to decide on the status of your relationship, it should tell you something. For one, it also falls in the emotional and psychological abuse category.

Secondly, it is his way of exercising power over you. He can do whatever he wants; what are you going to do about it?

He knows that you are, in a way, bound to him and that you are, to a certain extent, powerless. So he lords over you and does what he likes.

Even his lack of commitment in marrying you is a way for him to exercise power over you. Sure, his parents may have their reasons to want to wait. They may think it is important for him to achieve certain goals, or to save money or any number of other reasons. But there aren’t enough reasons for him to not want to fight for your relationship after nine years together.

He is postponing marriage because he can. He is doing this to exercise his power and control over you.

Now you may think that you have invested nine years in this relationship and that all your friends and family have come to expect you to marry him. After knowing and understanding his behaviour patterns, you may want to re-examine your decision.

Abusive people do not change their behaviours unless they want to. They will not change after marriage. They may even become worse after marriage because they now think their partners belong to them and they can do whatever they want with their spouses.

Would you want a relationship like this? He obviously does not respect you. Do you think he will respect you after marriage? Starting a family and having children are not going to make matters any easier for you. And it surely will not inspire change.

You will be better off if you call it quits now. He will not be able to hurt you anymore. He may be angry, but you will not be beholden to him. You will not owe him anything. Walk away now and it will be good for you. He is not the right man for you.

It does not matter what others think if you end this relationship. They are not going to live your life. They may not even be available should the time come when you need their help.

This decision is about you, and you alone. Think about yourself. Think about the kind of life you want. You do not need a man like this in your life to be happy. You can be happy by yourself. And you never know the possibilities that will open up for you if you expand your horizons and find someone new.

You need someone who loves you and treats you with respect. Someone who values you enough to see how important you are in his life, and who fights for you. It is possible to find happiness again.

Related Stories
'Should I divorce my abusive hubby, who threw object at me while I was carrying our newborn son'?
'My gambling addict husband says it’s my fault he’s cheating on me'
'My boyfriend threatened suicide and asked me for almost $20,000'
confession
couple
marriage