More than 19,000 people apply to be 'travel nanny' for American couple on round-the-world trip 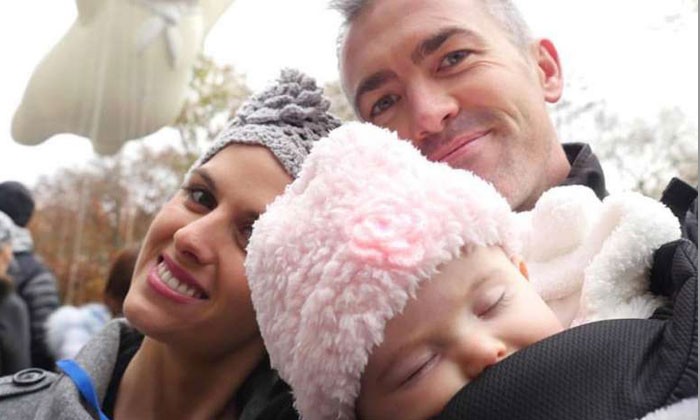 Derek and M'Kenzie Tillotson wants to travel the globe with their three kids and has received over 19,000 applications after advertising for a "travel nanny".

The couple runs a family travel blog called Five Take Flight and is selling their home in Utah, America to set off around the world with their children Porter, Beckett and Wren.

From New York to Iceland in July followed by a grand tour of Europe and then a Christmas pit-stop back in Utah before going on to Hawaii, the Pacific and Asia until next June, the "travel nanny" will have an adventure indeed.

The couple were surprised when their video which was posted on Jan 3 went viral on Facebook with more than 7.8 million views.

Due to the overwhelming response they got for the job advertisement, the deadline for the applications was brought forward to Jan 8 from Jan 17.

The Tillotsons wishes to pick someone by early February.

According to The Straits Times, the couple run a product distribution business, which they are able to operate remotely but they require the nanny to step in with the kids while they are working during the day.

They are looking for someone with a background in early childhood development who can also provide home-schooling for the older children.

Their adorable young children can be seen in the clip hanging upside down after their mother said, "We're looking for someone who will love our kids as much as we do, even when they're acting like this."

They broke down the responsibilities of the nanny and her perks in the video by saying, "You will have one to two days off each week, depending on our travel schedule, to explore and have your own adventures.

"Both Derek and I will be working, usually from home, so we will be there to chip in as we can. But we will rely on you primarily to do the homeschooling.

"Schooling will be five days a week for a few hours, preferably after breakfast. This way, the rest of the day is free for us to go out and explore."

They add: "You’ll be an honorary member of the family and will be treated with respect and be able to voice your opinion."

Despite the very promising idea of travelling to see all the exotic places and getting paid for it, many have trouble with the pay being insufficient.

A Facebook user commented, "The proposed salary is around 70 percent less than the usual rate for a travel nanny."

"And with no health insurance!

"If you're a child-care worker interested in travel, protect yourself from this kind of unethical and illegal work, and go through an agency who protects both the employer and employee."

"For cooking, cleaning, and homeschooling their children?

"I realise you get to travel the world but that is not good pay for all they are asking you to do."

M'Kenzie Tillotson did respond to the accusation saying, "They're not expected to do all the cooking and cleaning.

"But we're looking for someone to 'pitch in' in general as we're living in the same space.

"Our nanny will get two days off a week and obviously time to themselves daily.

"Not looking for a Cinderella!"

Related Stories
Can Singaporeans do without maids?
Lonely woman in Zhengzhou hiring 'daughter' to travel with: She will pay for all expenses and give away iPhone 7
Singapore guy goes around the world to catch all 145 Pokemon without cheating -- and uploads plane tickets as proof
travel
maid
nanny to travel world
blogger
children
kids