Miley Cyrus sends pictures of herself peeing to her friend 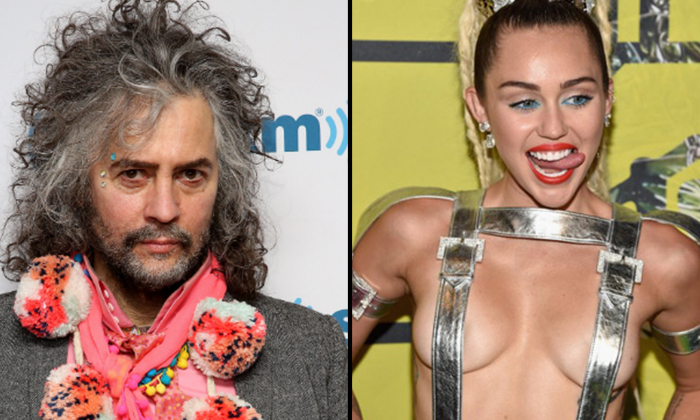 The 24-year-old  ‘Wrecking Ball’ hitmaker who is currently engaged to actor Liam Hemsworth, is in contact with 56-year-old rocker Wayne Coyne, a close friend she texts every day.

The two are known to be completely open and brutally honest to each other.

Said Wayne, who collaborated with Miley on her 2015 'Her Dead Petz' album :

“I'll say, 'What are you doing?' and she'll send me pictures of herself peeing.

“Sometimes it's a thousand times a day.

“Sometimes it's a couple of times a day, but we're always in each other's lives.

Wayne also says that he is looking forward to collaborating with Miley on her next record:

“She’s going to keep being a judge on ‘The Voice’, but I know she wants to make music at the same time.

"I'm thinking of a way we can make a record without her having to sit there for months and months.

“I think she likes it when it's like, 'You guys do some of the work, and then I get to come in and do something really cool”

Related Stories
The 15 most charitable celebrities of 2016
11-year-old S'pore girl wants to share the stage with Taylor Swift
Thanks to Nathan Hartono, there will be free Milo peng at Plaza Singapura on Friday
entertainment
indecent
Miley Cyrus
crude
Miley Cryus sends toilet pictures