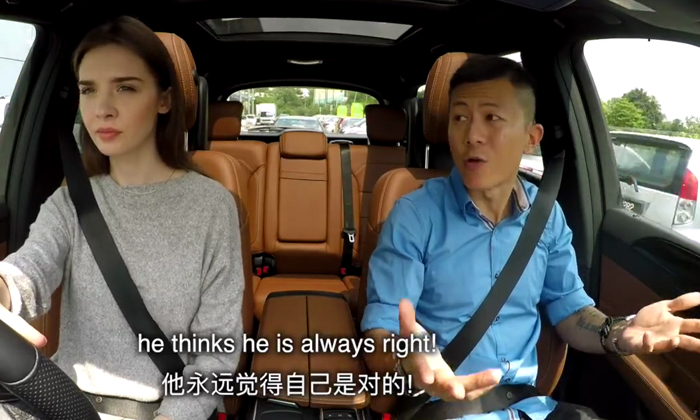 A Chinese New Year video by Mercedes-Benz Malaysia has created much confusion and frustration by online commentators.

The video shows a man and a women in a Mercedes car with the woman driving. They have a conversation about the man's older brother with whom they were not in contact for many years.

Despite the woman's persuasion to have him invite his brother to reunion dinner, the man said he would give him a piece of his mind if he sees him.

As fate would have it, he bumps into his brother after both parties have parked their vehicles in lots diagonally across from each other.

He walks up to his brother, saying "Kor" ('brother' in Chinese) in a milder tone than he was talking earlier in the car.

That's when the video ends abruptly, which has stumped some netizens who wonder what actually happens next. Did he shake his hands or did he wrestle his brother down? Or maybe, there's a continuation to this video?

Surprised by those who don't understand the story, Facebook user Lia Gololobova responded to the posts: "The brothers are upset at each other and then happens to bump into each other at the car park and realised that brotherhood bond is stronger than the anger they felt. The caption says "it's time to forgive and move on ". Don't you guys read ?? I'm a foreigner and even I got it. You guys are supposed to be educated!"

Apart from their disappointment with the feeble storyline, the majority seems to concur on two key points - that the video is badly made and it doesn't present Mercedes-Benz as the classy brand that it deserves.

They also criticised the script, the poor acting by the actors, their voices and accents.

Facebook user Julia Thong was more indignant as she hit out at Mercedes-Benz for coming up with a stereotype-driven ad. First, that women can't drive and park. The video flashes "active parking assist', a feature that helps parallel parking, when the woman driver is seen moving the car into the only available lot in a stretch.

She also alleged that the video suggests Malaysians have "accent issues", that the "Chinese are materialistic", and that brotherhood is defined by the the type of car one owns.

But ad supporter Gololobova is aghast that critics like her have gone overboard with their comments.

"Using auto park means women can't park? Materialistic... Whaaaat?!? Do you go around looking for things to get offended over?? You guys are insane!" she retorted.

Among the few who appreciated the video is Mohd Shahrin Roslan, who praised it as "well executed", like "one of many" Proton's digital ads.

So far, Mercedes-Benz has not responded to any of the negative comments. But its executives might be beaming from ear to ear as the video has gone viral with 96,000 views and over 750 shares.