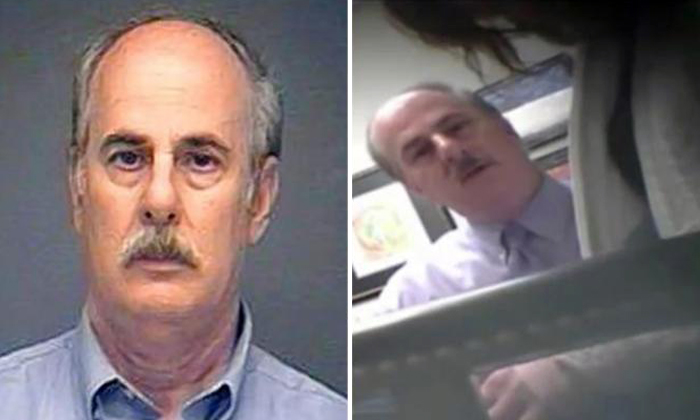 An Ohio divorce lawyer who met with female clients had used his in-office sessions to hypnotise them before sexually assaulting the women.

The lawyer, Michael W. Fine, now 59, almost got away with it, save for one client who grew concerned enough to go to the police in September 2014, reported The Washington Post.

On Monday (Jan 16), he was jailed for 12 years for the offences committed against at least six women in 2014. He was also disbarred.

While other women could not recall their experiences apart from feeling strange sensations about what happened, this particular client became suspicious after finding her private part wet and her bra adjusted.

That's when she started to secretly record her meetings with her Fine. When she played the tape back after one meeting, she was shocked to discover Fine had a "sexually charged discussion" with her, added The Washington Post.

Fine, who is married with two daughters, was heard telling her he would give her "the most amazing pleasure" and he would "build [her] towards a massive orgasm".

She reported the matter to the police, who subsequently used her in their sting operation.

Unaware that she was wearing audio and video recording equipment, Fine put her into a spell and was preparing to assault her again when police burst into the room and caught him, reported the Post.

More women then stepped forward to accuse Fine of a similar demeanour.

The Post reported that Fine had pleaded guilty in September last year in a plea agreement that saw other charges against him dropped.

How he did it

Fox 8 News released the sting video on Tuesday (Jan 17), which revealed Fine's entrancing technique as he murmured to the victim who appeared to be slugglish and relaxed.

The Fox team said many of the things Fine said to her were too graphic to be published, but here are a few:

"Every time I say the word pleasure, you cannot constrain or hold yourself back, your entire body is a vessel of pleasure," he said.

"When is the last time you made love?" he asked.

"Every time I touch you, it's gonna be an incredible sensation," he said.

"At the count of three, you won't be able to control yourself," Fine also said.

A victim told the court before his sentencing: "I went to Michael Fine with help in getting out of a terrible and abusive situation. I paid him to help me. He used my trust and his position as my attorney to gain information about my vulnerabilities. He then used that information not only to protect and defend me, but also to manipulate, hurt and take advantage of me."

She added: "It confirmed my worst fears. That my attorney, the man who had come to my rescue through a very painful divorce, the man who had made himself invaluable to me through this extremely difficult and vulnerable time in my life, the man who helped me with every challenging issue I encountered in my life and the man who built up my confidence when I was feeling anything but confident by calling me special, unique and beautiful, was sexually misusing many of his other clients as well."