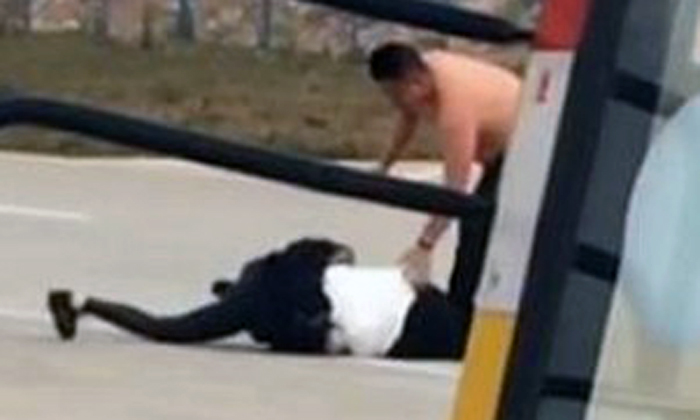 Going through a divorce is an emotional experience for anyone. But it appears that a quarrelling couple in China could not wait a minute longer to get their hands on each other.

The pair, who are in the midst of divorce proceedings according to reports, started fighting on the runway of an airport as they were boarding a flight.

The incident, which occurred at Kunming Changsui International Airport on Tuesday (April 18), caused the China Eastern Flight to be delayed by about half an hour, QQ News reported.

According to online reports, passengers had been preparing to board the plane when the couple began quarrelling loudly at the foot of the aircraft steps, with the man aggressively pointing and gesturing towards the woman.

According to local news website Yunnan.cn, airport staff quickly intervened to defuse the situation, but their efforts were not successful.

The argument soon turned into a full-blown physical brawl as the woman was thrown and pinned to the ground by the man after she tore off his shirt.

When they were finally separated, the couple tried to board the flight but was refused entry by the captain who called airport security instead, the South China Morning Post reported.

The pair were both detained by local police and were severely warned for their behaviour before being released.

The flight, which was originally scheduled to take off at 11am, eventually left the airport at 11.28am before safely reaching its destination of Chengdu at 12.36pm.

Fighting passengers have been the cause of flight delays in China before.

Last year, five passengers were involved in a fight on a Hainan Airlines flight from Beijing to Xian, resulting in a delay for nearly five hours.

Passengers have previously also gotten physical to express their displeasure or frustration at airlines, such as in another incident in 2016 where three passengers attacked and threw food at airline staff after being told that their flight was delayed due to bad weather.