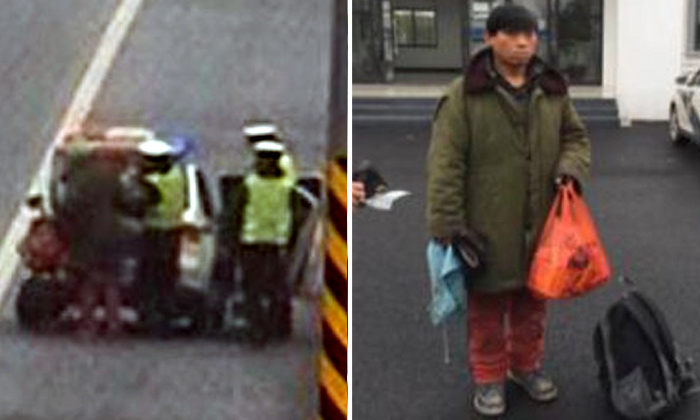 Many of us would have taken the wrong direction and got lost before without knowing it, but this young Chinese man takes the cake.

The poor migrant worker discovered he was off course only after 30 days on his bicycle and covering 500km, reported People's Online Daily.

He was determined to make an epic 1,700-km cycling trip home to celebrate Chinese New Year with his family in Heilongjiang, China's most north-easterly province, but instead of pedalling northwards, he had gone far south.

The unnamed man only realised his huge mistake when stopped by police on a highway where bicycles are banned in Wuhu city in Anhui province last Friday (Jan 20).

He had started his journey from Rizhao, a port on the Yellow Sea in Shandong province, reports

Apparently illiterate, he told police he could not read road signs or maps, and was too poor to afford a train ticket.

So he relied on passers-by to give him directions, which of course turned out to be grossly wrong.

Feeling sorry for him, police officers and toll-booth workers rallied to help pay for his train journey home.

He will definitely reach home on time to celebrate the holiday with his loved ones.