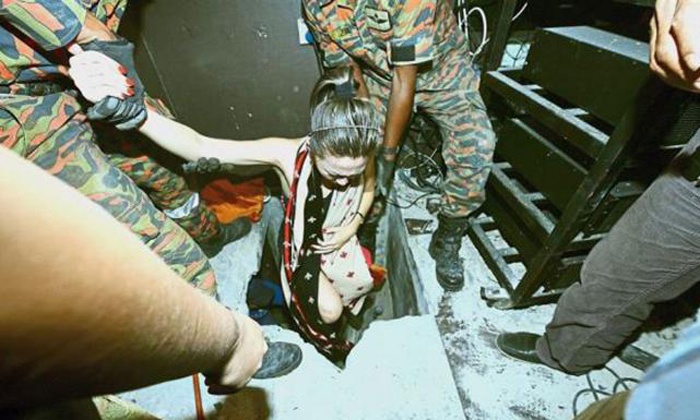 Police "unearthed" about 38 foreign female guest relations officers who were hiding in underground rooms during a raid at an entertainment outlet in Medan Ipoh, Malaysia.

The women from China and Vietnam, in their 20s and 30s, had hid themselves in two underground rooms, which uses hydraulic systems to lock its metal doors.

It took the police several hours to locate them, reports The Star.

Stagg operations chief Supt Fazlisyam Abdul Majid said the police had to get the Fire and Rescue Department to pry open the metal doors to bring out the GROs.

"This is the first time a raid we conducted involved people hiding in locked underground rooms with hydraulic systems.

"Previously, we've only encountered cases whereby the GROs just hid in storerooms, in secret rooms behind walls or up in the ceiling," he told reporters after the raid.

"The rooms are two metres high with an area of 46sqm and equipped with mattresses, air conditioning and food supply," he said.

"This is a sophisticated hideaway. Its construction could have been costly," he added.

Supt Fazlisyam said the police had to also break open the front door to the outlet as it was closed.

"We previously raided this premises at least seven times but to no avail. Today, we were successful.

"We also arrested 15 employees and 15 customers to facilitate investigations," he said, adding that the outlet has been operating for about two years.

"We are now trying to locate the owner of the premises," he added.