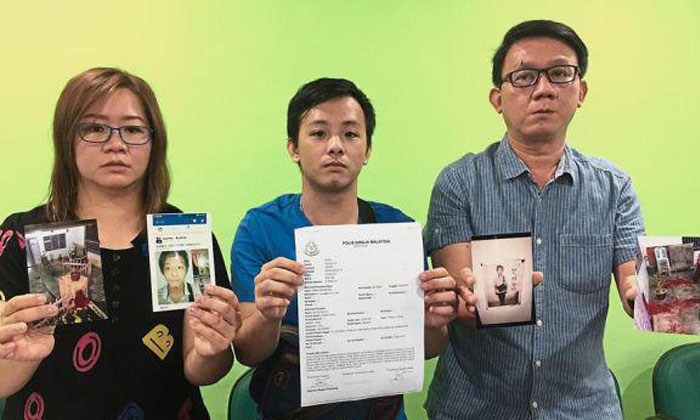 A chef has been living in fear for the past four months from being constantly harassed by his former boss.

He said through a series of unfortunate events, he ended up owing his employer RM12,300 after he started working at a gambling centre in February last year.

It all started when two of Thang's colleagues placed bets on some of the gambling machines despite being told not to do so.

They ended up causing the machines to lose RM7,000.

"Our boss found out and told the three of us to pay for the losses, even though I was not involved in it. I was on duty that day," he said, adding that they each had to pay about RM2,300 through monthly salary deductions.

He claimed that in May, he was forced to drive his boss' car from Ulu Tiram to Taman Molek although he did not have a driving licence.

"Unfortunately, I met with an accident and the car was badly damaged, which cost my boss RM8,000 to repair.

"This was also added to my existing debt," he said at a press conference yesterday.

Thang said his boss also made him work 16 hours straight instead of the usual eight hours daily due to his mistakes and as a way to repay the debt faster.

Despite denying the accusation and urging his boss to view the CCTV footage to prove his innocence, his boss refused to do so.

"Since the first incident, I have agreed to my boss' demands although it was not my fault but when I was accused of stealing money, it was the last straw.

"Out of fear, I decided to really take RM2,000 from the outlet before running away for a few months," he said, adding that his employer has threatened to harm him if he did not return the stolen money within two days.

Thang hopes his former boss would stop harassing his family and come forward to discuss the matter as he is willing to repay him.

Lim also urged Thang's former employer to stop harassing the family, and hoped the police could help resolve the matter.