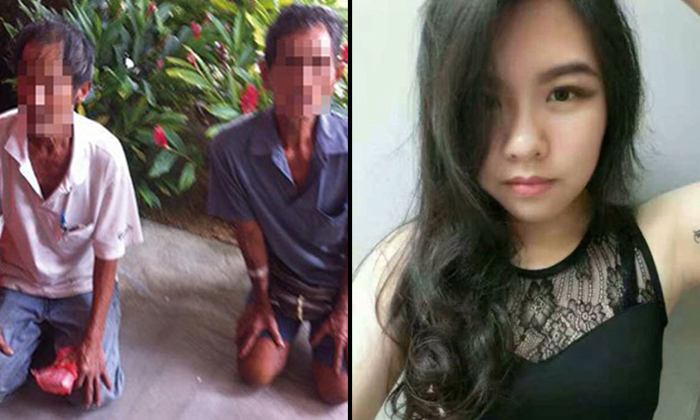 Two lorry drivers who were involved in fatal accident in Malaysia were seen kneeling to apologise to the deceased victim's family.

On February 8, a lion dance group, Quan Yi Lion and Dragon Dance from Bangi, Selangor was invited to perform for a factory in Sungai Buloh in conjunction with Chinese New Year.

The team of 14 people had unloaded their equipment from their lorry and three of the victims went to shut the rear gate of the lorry.

However, another lorry crashed into them, leaving the victims with no time to react, reports World Of Buzz.

A friend of the victim claimed that the lorry driver had fallen asleep on the wheel.

An 18-year-old female, Choo, a 19-year-old male, Lim, and another victim, 17-year-old Tan, were the three injured in the crash.

Choo later succumbed to her injuries at the hospital. She had just turned 18 on that day.

Lim suffered fractures in his rib cage and his abdomen was bleeding, while Tan only had minor injuries.

Choo's grandfather, the founder of the group, said, “After Choo was sent flying in front, I rushed to help her. She was still conscious and was crying loudly.

"But the doctors still failed to save her after several attempts.”

The 70-year-old lorry driver and his co-worker reportedly tried to abandon the lorry and flee the scene but were stopped by the members of the lion dance group.

Both reportedly got down on their knees and apologised to Choo’s family at the hospital following the accident.

Related Stories
Appeal for witnesses: Stomper's mum dies after getting hit by car at Woodlands T-junction
Certis Cisco officer dies after being knocked down by a car while trying to divert traffic at Tuas Checkpoint
One last ride: Daughter dies after ramming car into tree while sending mum to hospital in Malaysia
fatal accident
fatal
accident
Malaysia
dead
death