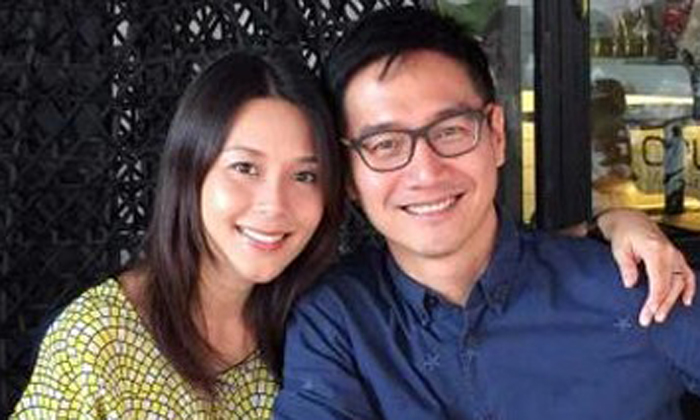 Local actress Priscelia Chan used to eat so much sugar, she could have three to four pieces of cake a week.

But after experiencing a health scare, the petite 38-year-old saw a dietitian who recommended that she remove gluten and dairy products from her diet.

Gluten is a protein found in wheat and related grains, including barley, rye and oat.

Her dietician explained that the gluten found in additives used in highly processed food and some dairy products was responsible for inflammation in the body, which can affect everything from the immune system to the gut.

Worried for her health, Chan took the plunge.

She started on the gluten-free diet in January last year, and has reaped the benefits - she feels more energetic and has shed some weight despite eating more often.

"It was like doing a full detox," she said.

"The thing about the gluten-free diet is that you get hungry more frequently, so you have to eat more often," she said, before taking a bite out of the steamed sweet potato snack she brought along to the interview.

The best route to her recovery was to replace all sugary, processed foods with wholesome alternatives that would clean out her system and reduce inflammation.

Simply put: Out with the junk and in with the greens.

Chan and her husband, actor-turned-businessman Alan Tern, used to eat out all the time as they were too busy to cook.

With her new dietary restrictions, there aren't many hawker centres and restaurants offering gluten-free options.

"What you will realise is that there's so much unhealthy processed food out there that you haven't been conscious of."

Technically, most staples used in local dishes such as rice, bee hoon and kway teow are gluten-free.

Yellow noodles, on the other hand, are not, as they are made from wheat flour.

However, to enhance the flavour of dishes, chefs often add highly processed ingredients and condiments like oyster sauce, fish sauce and fermented bean paste that usually contain a gluten additive.

This meant Chan had to give up almost all of her favourite local food.

"I used to be the kind of girl who ate noodles every day, so it wasn't easy," she said.

Neither was having to resist her favourite gluten-filled cakes.

And it did not help that Chan actually started her diet before last year's Chinese New Year, with all its tempting goodies.

"One of my friends makes very good chocolate cake. When I visited his place back then, I stayed for just an hour. I had to excuse myself because it was too torturous to see the cake but not be able to eat it."

The only way Chan could get food that met her dietary restrictions was to prepare it herself. "Before this, I was pretty experimental with my cooking," she said.

Like a skilled alchemist in her laboratory, she would mix and match sauces with different ingredients to create flavourful meals.

Of course, favourite sauces were off-limits, including the ingredient crucial to most Asian dishes - soya sauce, which has fermented wheat.

Chan's pantry and fridge also had to be overhauled.

She looked for recipes and stalked the supermarket aisles for gluten-free sauces, as well as grains like buckwheat and quinoa, and more fresh greens.

She also discovered the Freedom Foods and Rude Health brands, now her go-tos for gluten-free cereals, granola and other snacks.

"The great thing is that more and more Singaporeans are picking up on the clean-eating movement," said Chan.

In fact, some of her friends had been buying organic produce and gluten-free products long before she started doing so.

"I used to ask them, 'Why are you eating rabbit food?'. Now, we compare brands!" she said with a laugh.

Another shocker for her: An all-organic vegetable stall in the wet market she frequents.

"There are many choices for people who want to eat better these days," she said.

Tern cheers her on, but remains unwilling to give up his prata and noodles for her gluten-free drive.

"He still has to have his local and Western food," said Chan.

ENJOYING THE  ORIGINAL TASTE OF FOOD

When we asked Chan to share her favourite gluten-free recipe, she said: "The ideal gluten-free meal shouldn't involve complicated steps or a long list of ingredients."

She lists whole foods - such as cabbage, broccoli, salmon or chicken breast - and then tells us to steam the vegetables and pan-fry the meat before tossing them with nuts, seeds and avocado or raw kale, as well as a drizzle of lemon juice, olive oil or vinaigrette, and serving everything on a bed of rice, quinoa or gluten-free pasta.

"You will start to notice how sweet plain, organic carrots really are."

With a cleaner palate, unseasoned food becomes much more enjoyable.

The catch is you have to invest in high-quality produce.

According to Chan, there's a noticeable difference in the flavour of organic and non-organic vegetables - the former are undeniably tastier.

Another caveat is you must include many colours in your diet. Her dietician told her that the various colours of fruits and vegetables have different health benefits.

Purple cabbage, for example, contains anthocyanin, which has antioxidant properties.

Orange foods like pumpkins and sweet potatoes have beta-carotene that boosts the vitamin A level in the body. Greens have cancer-fighting properties.

She started feeling the benefits of her diet within a month.

Her complexion became more radiant. She was also more mentally alert and bursting with energy.

Within the next two to three months, she had lost several kilos and the fat in her tummy seemed to have vanished.

GOING FROM GLUTEN-FREE TO GLUTEN-LITE

After a very fruitful first two months, Chan and her dietician decided it was okay to loosen her highly restrictive, gluten-free diet - as long as she continued to minimise her processed food intake.

What surprised her was the change to her palate.

"My dietician warned me that the things I used to love would taste bad to me. I didn't believe her until I ate mee pok again and it tasted a little like rubber."

But she still missed cheesecake and sweet treats, so it was a relief to have gluten-rich desserts back on the menu.

She now adheres to a diet that allows her two or three cheat days each week.

While she continues to cook her gluten-free meals at home, she also eats out every few days and enjoys a hearty meal with Tern's family once a week.

"You have to live a little," said Chan. "But eat mindfully."

Her diet has trained her to be selective about the things she puts on her plate.

Even at photo shoots and publicity events, she is cautious around the buffet table and usually has her lunch box handy.

"Many of us take it for granted until something goes wrong. But what you eat determines your health. I didn't just switch my diet for my own sake," Chan said with conviction. "I did it for my loved ones."