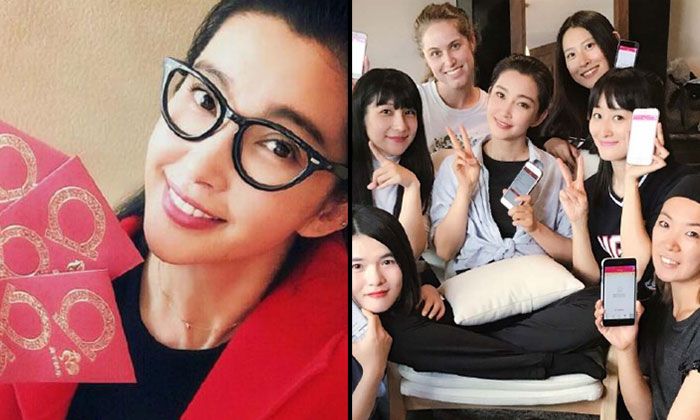 While some of us are still grumbling about the meagre amounts in our ang pau this Chinese New Year, the staff of Chinese actress Li Bingbing certainly aren’t.

The generous boss reportedly gave out red packets containing at least 1,200 yuan (S$250) to her employees on their first day of work in the new year, reports Apple Daily Taiwan via AsiaOne.

On her Weibo account, Li uploaded a photo of herself holding up many red packets, accompanied with the caption:

“Ladies from Li Bingbing’s studio, hurry and report to work!”

Unsurprisingly, many of her staff were more than eager to.

One of them even replied cheekily:

“What are post-holiday blues?

Well, with a boss like that, it’s no wonder why they love to work.