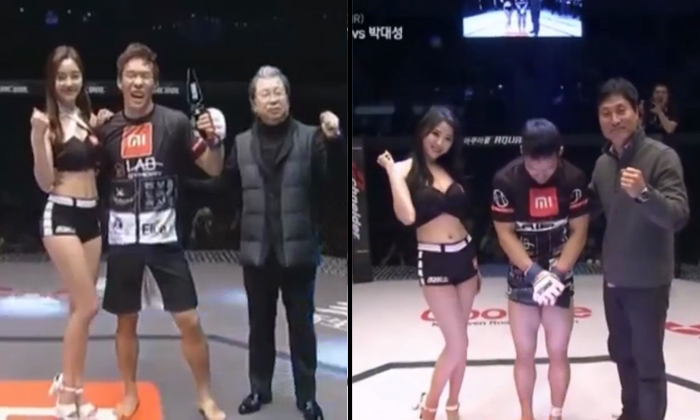 Mr Park was seen running away from the ring girl when it was time for him to take photos after the match at Jangchung Gymnasium.

According to allkpop, Mr Park had been accused of sexual harassment at the Road FC Young Guns 31 last December, when he ‘forcefully’ grabbed a ring girl by the waist when it was time to take photos.

The video below shows how Mr Park’s actions in December sparked the controversy.

“I wouldn't have touched her either. He got accused and called a pervert for just placing his hand on her waist.”

The video below, starting at the 2:20 mark,  shows Mr Park refusing to touch the girl or even take a photo with her on Saturday.

Instead, he opted to flee. When urged to stand next to her during the photo session, he refused to look at the camera.