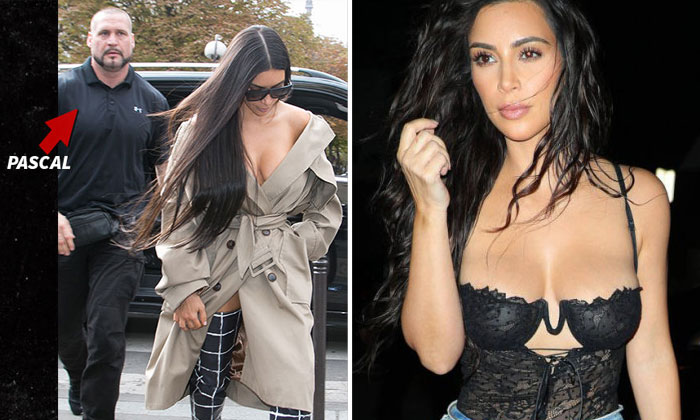 Kim Kardashian West's former bodyguard Pascal Duvier says he does not have any regrets.

Pascal Duvier was with Kim on her ill-fated trip to Paris when the reality TV star was robbed at gunpoint in her hotel room and although Pascal missed the incident because he was protecting her sisters Kendall Jenner and Kourtney Kardashian at a nightclub, he insisted he doesn't regret any of his actions.

Speaking to Fairfax Media, he said: "I don't like to waste my time on thoughts about 'what if' or 'what could have been if...'. Many good and many bad things happen. Life is a chain reaction of decisions and actions you take, you can't choose only to change certain things. Every change affects everything."

It has been reported that Pascal no longer works for Kim and her husband Kanye West but he refused to either confirm or deny the claims.

He said: "This is a question that comes up often and to be honest it doesn't matter if I do or I don't [work for Kim and Kanye]... The client should be the one answering that question.

"[I am looking] forward to new challenges, offers and tours with existing and new clients."

After the incident, Kim is believed to have "ordered a complete overhauling" of her security.

A source said previously: "Kim's ordered a complete overhauling of security ... A team of security experts goes through her day-to-day life to assess potential threats and vulnerabilities.

Kim recently returned to the spotlight after taking a few months off to get over her ordeal and last week 17 people were arrested in connection with the robbery.

10 of those people, including the alleged mastermind of the plot, have since been charged.