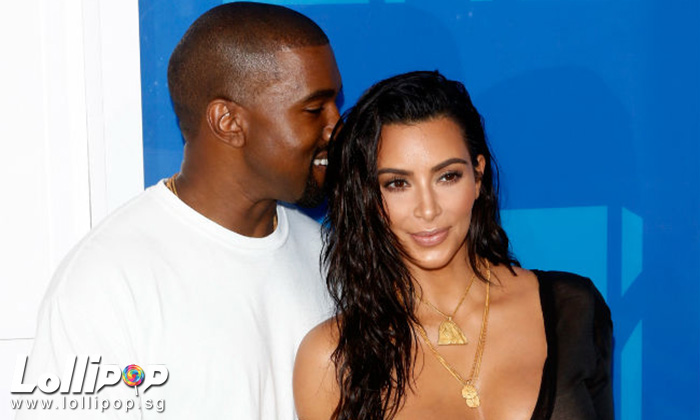 Kim Kardashian West knew Kanye West was 'The One' the first time she spent the night at his house.

The couple - who have children North, three and Saint, 13 months, together - tied the knot in 2014 but Kim knew things were serious when she stayed over at his residence and Kanye made sure the heating was on for her.

She wrote on her website: "I love only hot rooms and hate when the air conditioning is on. I knew Kanye and I were meant to be when I slept over and he had the heat on."

In the post on KimKardashianWest.com, the star revealed a list of 20 facts, that she said no one knew about her.

One included her weird sleeping habits and Kim also claimed that she is secretly hilarious.

She wrote: "I sleep with my eyes slightly open and it scares the s**t out of people. I'm secretly the funniest person, but only in my inner secret. The things I say are wild."

And Kim also revealed that she once almost got kicked out of tennis camp, for kissing a boy.

She said: "I used to play tennis and went to tennis camp but almost got kicked out for kissing a boy. My dad came to yell at me."

While Kim always looks picture perfect for the cameras, she revealed some beauty secrets that no one knows about.

She said: "I have a permanent retainer on my teeth inside that you can't see," and "I had a dark mole on my forehead that I had removed three times and it is skin coloured and everyone thinks it is a pimple."

She also added some other facts, including: "I have six piercings -- one bellybutton, one in right ear, three on my left and one really high on left ear. I have a freckle on my eyeball" and "I hate the sleeve on a Starbucks cup. I leave the room for someone to take it off for me because I cringe from the sound. It's like nails on a chalkboard for me. I hate cardboard."