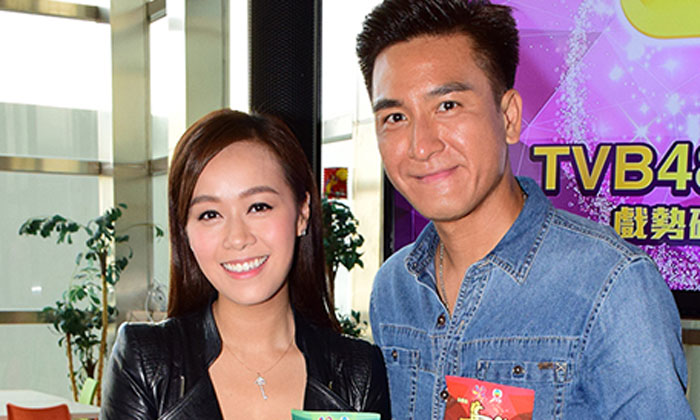 Sorry girls, but Kenneth Ma is reportedly off the market.

The TVB hunk has been dating former Miss Hong Kong, Jacqueline Wong for over a year now, reports Jayne Stars.

The two apparently got together after collaborating in TVB's Inspector Gourmet in mid-2015.

Jacqueline has always been a fan of Kenneth and expressed that he was her idol back in 2013:

"I can't believe I gave my 'first' to Kenneth Ma!"

They have been keeping their relationship a secret because Kenneth does not want to compromise their careers.

Jacqueline was reportedly seen buying a watch worth HKD10,000 for Kenneth and he was seen driving her home late at night.

They were also seen at a boxing gym together.

Jacqueline has denied the dating rumours but the 27-year-old did not say no to the possibility of dating him.

The duo will be collaborating again for TVB’s upcoming grand production Deep in the Realm of Conscience <深宮計> where they will reportedly play a couple.

Related Stories
Want to date Shigga Shay? Here's all you need to know about his love life -- and the kind of girls he likes
14 guys confess to thinking of that one girl who won't get out of their minds
How to pick-up a girl: Taiwanese guy is as smooth as a baby's bottom
Jacqueline Wong
Kenneth Ma
dating
rumour
Hong Kong
entertainment
celebrity
celeb couple