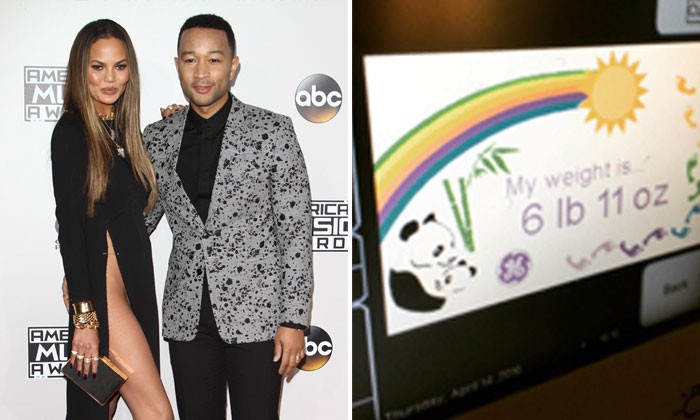 The Sports Illustrated model - who has nine-month-old daughter Luna with her husband John Legend - is keen to expand her family.

Asked if she plans to have another child, she said: "Oh my God, a little boy is next for sure!"

And the 31-year-old model attended the 28th Annual Producers Guild Awards on Saturday night (28.01.17) with John but was missing little Luna.

Speaking at the event, she told Entertainment Tonight: "Awards season is always really fun for us. Of course we have a little baby now so it's very different.

Meanwhile, John previously revealed the couple are hoping to have "three or four" children.

Speaking about their family plans, he shared: "It's a beautiful thing. We want to have a few more hopefully. Three or four. We'll play it by ear though."

And the couple - who have struggled with infertility for several years before turning to IVF in order to conceive - decided to speak to a doctor to try and figure out why it wasn't happening naturally for them.

John explained: "We figured eventually we'd have to go into the doctor and see why it wasn't happening naturally.

"You know, sometimes it's just harder for some people than for others. He's never really told us that there was something specific that he could identify was the reason why it just didn't work out naturally. We did what we had to do."

And Chrissy previously confessed she didn't think motherhood would be so "tough".

Speaking about becoming a parent, she shared: "I didn't know how tough it would be. [It is] all-encompassing."