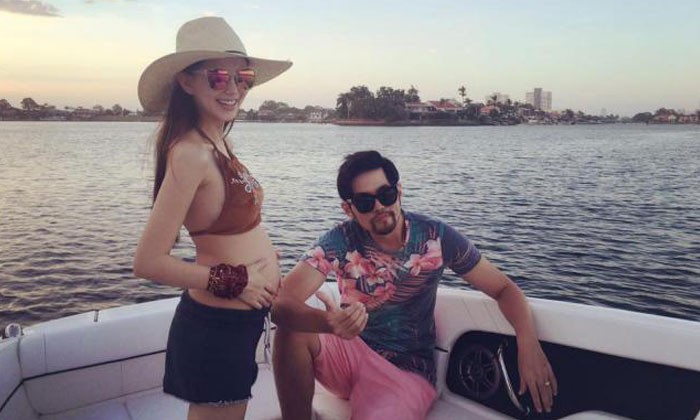 Chou announced this on Facebook early this morning (Feb 14) - a minute into Valentine's Day - with a photo of himself on a boat with Quinlivan, posing with her pregnant belly.

In the cryptic post, Chou alluded to the Chinese saying that a daughter is her father's lover in a previous life.

"It's time for mummy's past-life lover to arrive," the 38-year-old wrote, before wishing everyone a happy Valentine's Day.

Chou and Quinlivan have a year-old daughter, Hathaway.

Quinlivan, 23, previously revealed on a talk show that the couple were planning to have "two to three children".
Before he settled down, Chou famously said that he wanted five kids. But he has given up this bubble after seeing how tired Quinlivan was when she was pregnant with Hathaway.

"We will just have enough children," he was quoted by China Times as saying.

At least he will get to fulfil his other dream of playing basketball with a son, in years to come.