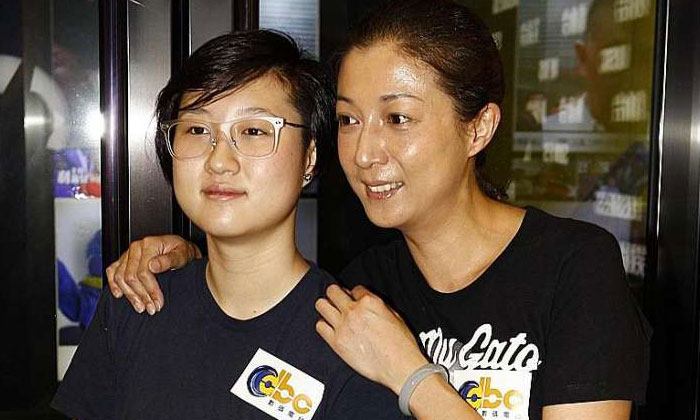 Following the incident, Etta, the 17-year-old daughter of actor Jackie Chan, was admitted to hospital on April 2. The mother visited the ward, but managed to only sneak a look when the daughter was asleep.

Elaine, 44, told Ming Pao Weekly: "I won't see her for now. Both of us aren't ready. I'd like to deal with my own problems first."

On March 23, Etta had called the police after a dispute with her mother, who was reported to have said: "Either you die or I die."

After she was released on bail, Elaine said she had argued with her daughter after finding sedatives in her room.

In the interview with Ming Pao Weekly that was published last Saturday, she said: "These days, I keep thinking, where did I go wrong? Maybe I really was too protective of my daughter, which caused our communication problems, and I have to learn to let things go."

However, she added: "It's very difficult for me. I'm anxious and impatient, my EQ (emotional intelligence) is low. I have to deal with my own emotions before I can talk to my daughter."

She has not seen Etta since the incident, but keeps tabs on her through friends and doctors, she said. She did not say what her daughter was hospitalised for, but confirmed that her physical examination report was fine. She also arranged for her daughter to be transferred to another hospital to avoid the media circus.

When her daughter called her last week, "we said a few words and her voice was spirited", she told Ming Pao. "Actually, I was surprised. I didn't think she would call me. I thought she would call her friend."

Her interview was published a day after Chan, her former lover, celebrated his 63rd birthday in Beijing with a party attended by stars such as Fan Bingbing and Li Bingbing, said Apple Daily.