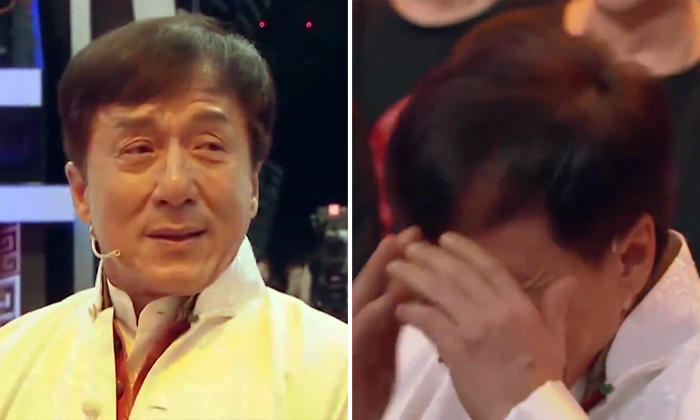 A moving tribute by the "brothers" of Jackie Chan has lit up social media over the past week, providing a glimpse into the special brand of camaraderie that the Hong Kong action star shares with those who have worked with him over the years.

Chan, 62, who in November last year was awarded with an honorary Oscar, had paid tribute to the members of his Jackie Chan Stunt Team for their loyalty and devotion to a dangerous craft.

"After 56 years in the film industry, making more than 200 films, after so many bones, finally," said Chan, who is known for his daredevil stunts, in his acceptance speech.

Last month, it was the turn of his fellow stuntmen - some of whom had started working with him since the 1970s - to return the favour with a tribute video.

In an episode of the Chinese variety show The Negotiator, which aired on Jan 20, Chan was seen moved to tears by the comments of his grateful comrades.

Many remembered warmly the acts of kindness Chan had rendered them, including buying a car and forking out money for the downpayment of a house - with one saying: "I hope he lives a hundred years, that way he can take care of all the brothers a hundred years."

After watching the video, Chan praised his stunt team for going through "thick and thin" with him, adding that his honorary Oscar should be shared among everyone.

His stunt team from generations past and present then surprised him with their presence on stage.

A 10-minute clip of the episode was shared by Facebook user Jared Wanfeng Ti on Jan 30, and has since received more than seven million views.

The Jackie Chan Stunt Team, also known as Jackie Chan's Stuntmen Association, was first formed in 1976 when a group of stuntmen and martial artists started working regularly with Chan.

The team became an official organisation after the success of his 1983 film Project A.