Is Angelababy's painting worth $37,000? Chinese netizens don't think so 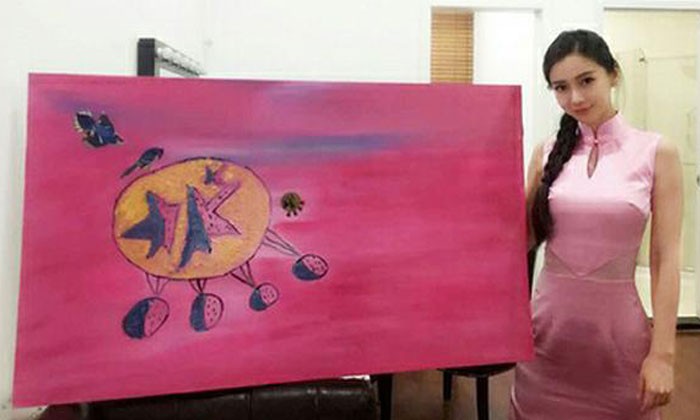 Many people in the show business are gifted in the arts, but it appears that Angelababy may need to brush up on her painting skills.

In a video clip, Angelababy introduced her artwork which depicted the future that she had envisioned for every child - with pink skies, a spaceship, and birds - that represented the beauty of life.

But instead of eliciting feelings of hope and wonder in viewers, her painting received criticism from netizens after photos recently resurfaced on Chinese social media.

Many of them called the piece an insult to art and artists, while others lamented that the actress' fame had overshadowed the aesthetic value of her artwork.

Another netizen wrote: "Although I like Angelababy, (her amateur painting) makes me feel that I've attended art classes for nothing."

And since painting is not Angelababy's forte, perhaps she can consider other charitable acts?