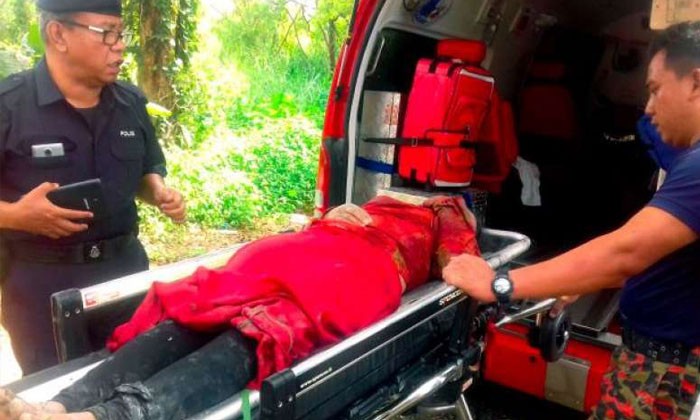 A 37-year-old factory worker was tied up, bundled into a gunny sack and dumped into a river by relatives of a man she was allegedly having a relationship with.

The woman was thrown into the Klang River, Indonesia, from a flyover by two men related to her boyfriend.

A passing motorist spotted the sack and informed the Fire and Rescue Department and police, according to Shah Alam OCPD Assistant Commissioner Shafien Mamat.

He said on Tue (Feb 7), "The woman was struggling in the river when the motorist saw her."

Two men, aged 20 and 21, had duped the woman into following them and fetched her from where she resided at Taman Sri Muda on Mon (Feb 6)

According to The Star and Asia News Network via The Straits Times, she got beaten up and taped on her mouth before the two men stuffed her into a sack.

Shafien added, "They stopped their van at a flyover above the river and dropped the sack into the water."

The victim is currently warded at the Shah Alam Hospital.

Two men have been arrested and remanded who are being investigated for attempted murder.

Related Stories
Businessman convicted of murdering wife's ex-lover -- who had almost every bone fractured by attack
Woman in China discovers that BF is blood donor who saved her life 9 years ago
Remains of missing woman found in Lim Chu Kang, 48-year-old man arrested for murder
save a life
Indonesia
dumped into river
lover