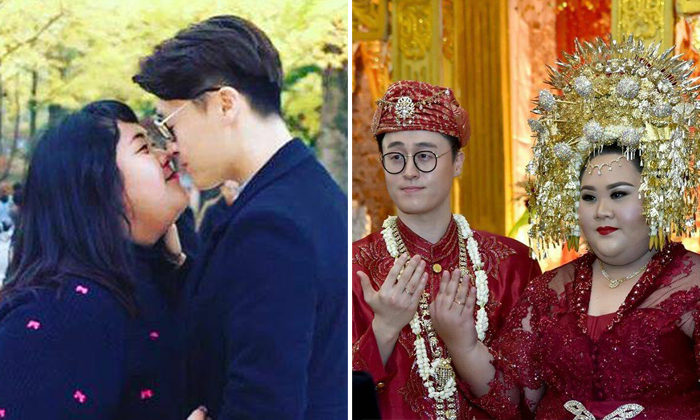 When Vera Nanda Putri, 29, shared photos of her relationship with Jun on social media, she was mocked and ridiculed by her followers due to the couple's different backgrounds.

Vera, who is Indonesian and a Running Man fan, had travelled to South Korea to take up Korean language classes at Seoul National University in mid 2015.

Towards the end of 2016, she met Jun, a graphic designer, and that was when they developed a romance.

According to World Of Buzz, the two had feelings for each other but Vera never thought that she would end up marrying him.

Despite unkind remarks from critics, Vera chose to focus on the positive comments and her relationship instead.

After dating for some time, Jun expressed his desire to marry Vera, going as far as to call her father to ask for her hand in marriage to show that he was serious.

He also put in effort to learn more about Vera's religion, which deeply touched her.

When Vera brought Jun over to meet her family in Jakarta, he officially proposed to her and they held a betrothal ceremony according to Indonesian traditions.

Their union was solemnised on 28 February 2017 in a unique ceremony that incorporated both Minang and South Korean customs, with Vera dressed in a hanbok.

Check out more images of the couple in the gallery above.