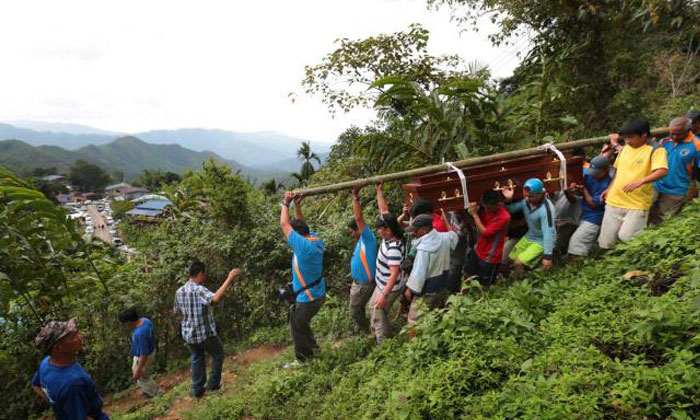 Hundreds fled their offices and high-rise buildings as a magnitude 7.3 earthquake, the biggest to hit near Sabah, struck the Celebes Sea.

The quake struck at 2.13pm about 466km east of Semporna, setting off tremors lasting between three and 10 seconds.

Residents in Kota Kinabalu and surrounding areas as well as the east coast districts of Sandakan and Tawau were panic-stricken.

Tremors were also felt in Telupid, Kudat, Beaufort and Papar.

No casualties were reported.

Fire and Rescue Services Department and civil defence personnel went to check on buildings and structures.

"I felt my head spinning,'' office worker Ricka Johan in Sembulan near here said of the tremors.

Civil servant Cleophas John Gordon, who was in his third floor office near the city, said he felt his chair shaking.

"I felt a headache when I stood up,'' he added.

"I wanted to get out of the office at once...I ran down the stairs," said the 26-year-old.

Civil servants and visitors were forced to run out from government offices in Sandakan.

People waiting to get their passports and other matters done at the UTC building here dashed out to safety following instructions from the management.

Housewife Sheilla Mijoh, 55, said she was waiting to get her passport renewed when she felt dizzy.

"I realised it was the building shaking after an announcement was made for us to leave the building," she said.

This is the second quake in the Celebes Sea in five days, the last being a magnitude 4.7 quake with a depth of about 564km.

The last big quake in the Celebes Sea occurred about six years ago when a 6.6 magnitude quake (525km depth) was recorded.