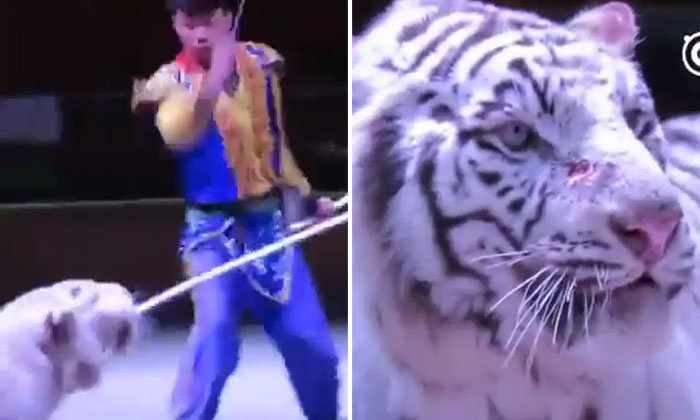 A video circulating on Chinese social media from a tiger performance at Hangzhou Safari Park has sparked outrage online.

The video shows trainers at the zoo using whips to keep large white tigers under control during a circus-style performance.

One tiger is seen biting on to a trainer's whip and yanking it from his hand.

Another trainer jumps in and uses his whip on the animal's head.

The tiger is visibly startled and tumbles into a pool of water.

In another scene, one tiger can be seen bleeding from a wound on its face.

The camera zooms in to show that it is missing its fangs as well.

Outraged netizens have called for the zoo to be shut down.

"The trainers should all be thrown to the tigers as food for punishment."

After the footage went viral, garnering over 24 million views, the zoo issued a statement denying abuse accusations and said they would be investigating the incident caught on camera, reports Shanghaiist.