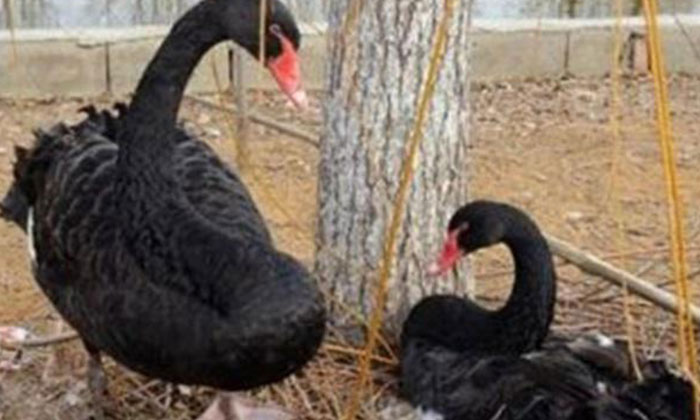 A pair of black swans from Mount Tai Geological Park in Shandong  were left in dismal, continually searching for their lost eggs and refusing to eat after a pair of Chinese tourist stole their eggs last Wednesday (Feb 1) .

The incident happened at around 1pm, reports Lianhe Wanbao.

The keepers only came to know about the theft after noticing the erratic behaviour of the swans; they were unusually aggressive and kept crying.

CCTV footages show a couple who acted suspiciously, and the male tourist was seen reaching into the swans’ nest and making an oval shape gesture with his hands to his accomplice.

The pair also sat by the enclosure for half an hour, after which the eggs disappeared.

Local authorities are investigating the case.

Black swans are considered second-level protected species, and the female swan, a pen incubates the eggs, while the male, a cob, serve as their protector.

Related Stories
Sicko on the loose? 2 dead cats with mutilated carcasses found at Yishun in 1 day
F&B captain seen slamming cat on ground by Stomper in Tampines reveals why he killed it
Whoever did this must have a screw loose
theft
black swans
China
eggs
animal cruelty